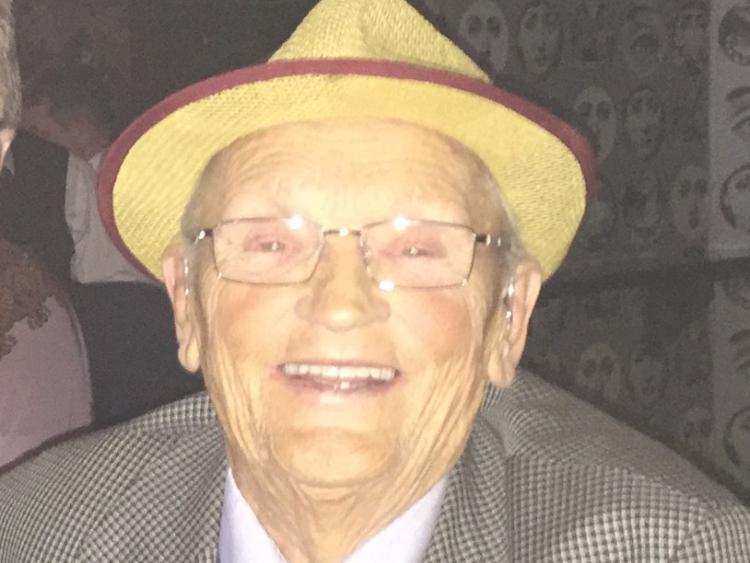 Dermot Joseph Smith passed away on November 6, 2017 in Cavan General Hospital at the age of 85. Born on December 5, 1931 in Aughnacliffe, Longford, to Derry and Alice Smith, Dermot was one of nine children.

He garnered a number of honours on the playing field, including, in 1948, the Leinster Colleges Cup and the All-Ireland Colleges (Hogan) Cup. Dermot went on to represent Longford at all levels.

Dermot was a very accomplished singer, pianist and accordion player. Outside of his family, music was undoubtedly his greatest passion in life.

He met his wife, Irene, in Aughnacliffe, where Irene’s father was the local sergeant. They moved to Cavan as a young married couple where Dermot initially managed the local dance hall (the Sports Centre) and indeed played there himself with his band, the TV Tones. He was also a member of the Capital Dance Orchestra, which he managed.

He followed that with ‘Dermot and Mel’ (with Mel Doherty and also featuring John O’Connor) and then formed the ‘Cavanaires’ with Gerry Graham, Bill McCusker, Leo Ronan and Eamon ‘Buttons’ Brady. He later travelled Europe with ‘Phelim Cox and the Magnets’ and later still played under the name ‘Dermot Smith & Friends’, featuring Liam Cooke on drums and Oliver Burns on trumpet.

Dermot wrote many songs himself, including ‘Why Did You Leave Me?’, which came third in the Castlebar International Song Contest in 1971. The following year, two of his songs made the finals once again. These songs were performed by Barry McGuigan’s father, under the stage name of Pat McGeegan.

Dermot’s rich musical heritage is now maintained and carried on by his eldest son, David ‘Duxy’ Smith, himself a very accomplished musician. It gave Dermot enormous pleasure and pride to share a stage with Duxy, which he did on many an occasion.

In 1995, Dermot launched a new tape at the Kilmore Hotel called ‘Dermot Smith Sings His Own Songs’. This collection featured his single (released years before), ‘Lough Gowna’s Lovely Shores’ and ‘Rainbows’, a song inspired by a young boy who had never seen one before and asked his father what it was. All funds raised on the evening went towards the purchase of an ambulance for Romania.

For many years, Dermot, Mel Doherty and others went around the hospitals and nursing homes in Cavan on Christmas Day, entertaining the patients there with a range of tunes.

Dermot was a very keen golfer and was, along with his wife Irene, a long-standing member of Cavan Golf Club. He was also President of the Megs Society there. Every week, he played a regular fourball with his three closest friends, constantly striving to improve his swing in an (unrequited) effort to achieve that elusive level par round.

As well as music, Dermot entertained those around him with his quick wit, having developed a fantastic sense of humour, which he would often use to deflect attention from himself. Devoted to his family and given his easy and friendly manner, it is easy to see why he was such a popular man. This was evidenced by the huge love his immediate and extended family bore for him and the great amount of people he could count as friends.

Dermot was diagnosed with prostate cancer in 1991, enduring numerous treatments and cancer trials in a continuous effort to beat it. His determination, courage, positivity and good humour throughout his many years of illness is truly an example to us all.

In 2015, he held another fundraising night in the Kilmore Hotel aid of cancer support group, CUAN, where he launched a new CD called ‘Dermot Smith Does It His Way’, featuring one of his favourite songs, ‘My Way’.

He will forever be sorely and greatly missed by his wife Irene, his six children, extended family, and many, many friends.
Dermot, you did it your way. And we are all so very glad that we were there.