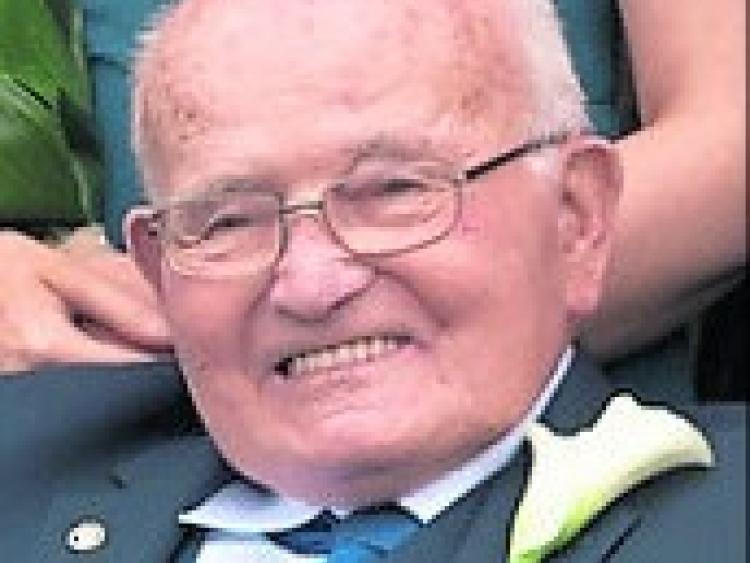 The death occurred on September 22 of the much loved Thomas Galligan who was better known as Tom, 'Big Tom' or with the arrival of his grandchildren, 'Dan.'

Thomas lived all his life at Derragh in Abbeylara and was a devoted husband of 47 years to his heartbroken wife, Maura. It was a huge comfort to Maureen and family and indeed a consolation to Tom, that his final days were back in Derragh, where he was surrounded by a loving family.

Tom had the best of qualities - a loving husband, a great father, a doting grandfather, a supporting brother, a fantastic parishioner, a noble neighbour and friend who many turned to.

He was the definition of a gentle giant. A quiet man who never wanted a fuss and nothing ever panicked him.

He was a man of a few words but when he did speak up you were sure to hear a quick witted response that would have everyone laughing.

Tom was extremely talented and those who knew him knew he could turn his hand to most things. He built the family home and in later years filled it with love and attention. He was able to turn his hand to carpentry, electrical work or any building project and when he wasn't with family, he was happiest working.

The family home in Derragh was his sanctuary and there in his own seat he liked nothing better than an old cowboy movie or teasing the grandchildren. Whilst he and Maureen were immensely proud of their six children, he never tried to hid his pride in the ten grandchildren. He loved nothing more than having the entire family together. He would sit back and take it all in with a little grin on his face.

Undoubtedly his happy place was in Derragh. He loved nothing more than roaming the fields; looking after his cattle and gazing out at the lake. In his later years, he enjoyed walking the lane and sitting at the front of the house with the dog overlooking the fields & trees.

The huge numbers who came to pay their final respects was testimony to a man who had quietly touched the lives of many.

The late Thomas Galligan of Derragh, Abbeylara, passed away peacefully on September 22 at his home and surrounded by his family. His passing is mourned by his loving wife Maureen; sons, Kevin, Brendan, and Tommy; daughters, Sandra, Nuala, and Elaine; grandchildren; his brother, Pat; and sister, May (Fagan); sons in law, daughters in law, sister in law, brother in law, nieces, nephews, relatives , friends and neighbours. His remains reposed at the family home before being brought to St Bernard’s Church, Abbeylara for Funeral Mass followed by burial in adjoining cemetery.