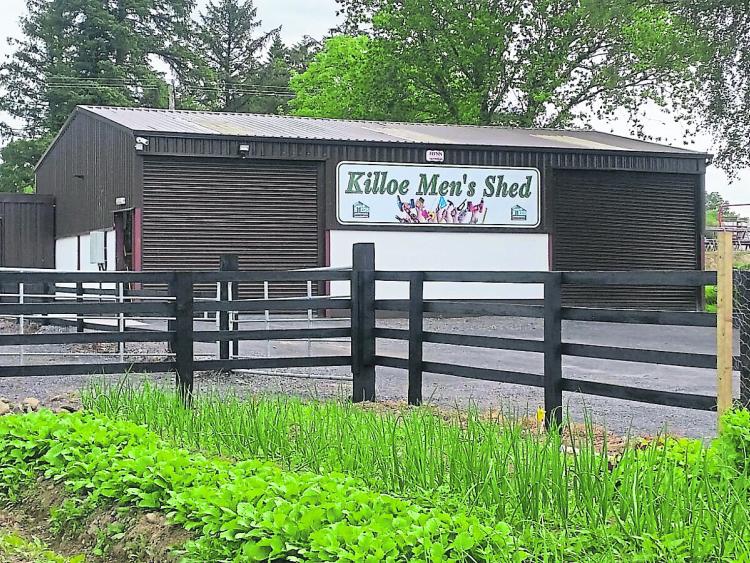 The Killoe person possesses a natural, easy, and unwavering sense of place. Anyone from the parish is perfectly comfortable telling you they have the best football team, the best school, the best farms, indeed anything you care to question is implacably considered ‘the best’.

They're not seeking to raise people’s hackles. They just genuinely believe that what happens in Killoe is bound to be a few steps ahead of anything dreamed up by neighbouring parishes. In feeling this they're not being pompous, or superior, they just believe, absolutely, that if it's from Killoe, it must be the best.
Naturally!
Sometimes, it's easy to understand why they feel this way, because anything that's started in Killoe inevitably succeeds.
The community spirit is second to none.
If anything happens around Killoe, everyone, every neighbour, becomes involved by putting their shoulder to the wheel and helping out.
It's not necessary to organise anything much. It comes naturally.
Moreover, they get things done very quickly.
Maybe they should be in politics.
But no matter how seamless things seem, anywhere that prospers to such a degree, must have a few leaders.
The whole operation started off when some years back, James McGoldrick was returning from a funeral in Tipperary when he stopped in Borrisokane and there saw a men’s shed. He went inside for a look and what he saw gave him cause for thought.
It was something he’d often considered for Killoe.
Finally, after several years of ‘thinking’ about it, here and there, in 2016 he took the idea to Claire Kiernan and together they put flesh on the bones of a great master plan, to start a men’s shed.
When they got to talk about it, they felt that the locale would benefit enormously by having somewhere for men to go, as many just didn’t like the pub. Many don’t even drink.
Wouldn’t go there in fact - many don’t even drink - yet felt rather alone for want of somewhere to go and do something. Have a cup of tea; have a chat with someone they knew - or didn't know at all; the possibilities for a shed seemed endless.
Claire and James talked many times about it, and researched the whole business of Men’s Sheds, which originated in Australia, and is now a worldwide organisation. One reason it appeals to so many people is that it’s not for profit. Unless you call having better life quality, profit of a kind.
The sheds are designed and intended for people who deserve to be recognised and respected.
They brought the project to the football club, as they wanted proper backup and guidance to make it all happen smoothly.
Coincidentally, James is the Chairman of Killoe football club, but The Men’s Shed project is NOT aimed at football people. They’re welcome of course, but their involvement in football is just by the way.
In February, 2017 - just almost five months ago, Frank Kiernan - Claire’s father - agreed to take on the chairmanship, and with Sean Murray as Secretary, plus PJ Quinn as treasurer, the Killoe Men’s Shed finally became a reality.
The formal launch took place on Friday, June 30.
The Killoe Men's Shed was officially launched, in an exceptionally smooth fashion, with no glitch.
Everything went off like clockwork.
The sun, yet again, shone kindly. Someone must have a connection to the heavens.
One had to be astounded by the pace of project realisation, given that the Men’s Shed project had its first meeting in February of this year.
Already, they have potatoes growing, cabbage, lettuces, vegetables, and they are building a tunnel which has been provided for.
The entire landscape is a sight to behold.
Having a generous man in the parish meant that everything got done in haste, without hiccups, and was done, not just to satisfy the regulations, but far beyond a standard required for such a building.
Frank Kiernan is indeed a rare unselfish being.