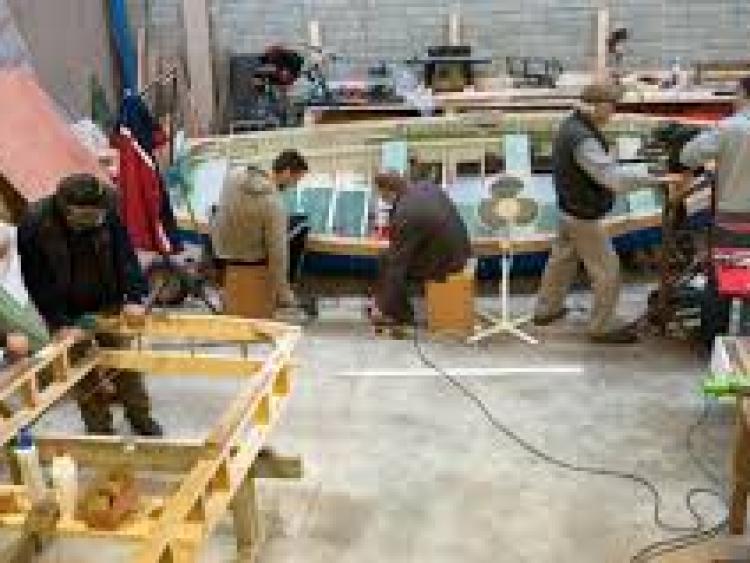 It will be a big day in the Killoe community this Friday when locals rally together for the opening of their Men’s Shed project.

The initiative grew out of the local GAA club’s ‘Health & Wellbeing’ project earlier this year.
A Men’s Shed committee was formed early in the year and initially they operated from the GAA grounds before a suitable base for the project was secured locally at Kiltyreher, Carriglass.
It has been a busy first year for the group and in addition to getting their base up and running they also actively became involved in the community.
They assisted at the GAA club's annual 5km fundraiser and also the Terry McCormack cycle, which of course has a special place in the Killoe community.
They also ran a number of fundraisers to help get their base up and running and they are hugely appreciative of the support they received for these events in local hostelries, Begley’s and Kiernan’s Forge.
The group want to thank everyone for their kind donations and assistance on these nights.
Following their inaugural AGM earlier this year, Frank Kiernan was appointed chairman whilst the secretary is Sean Murray and the Treasurer is PJ Quinn.
There has been a great response amongst men in the community and all are looking forward to the official opening which will take place at 3pm this Friday.
The Men's Shed project is a community based non commercial group where men gather to work on meaningful projects at their own time and pace.
It is a safe, friendly place men can support each other and pass on their individual skills and traditions. Across the country and especially in rural areas, it has been hugely instrumental in helping to combat loneliness, isolation and depression amongst older men in particular.
The group are justifiably proud of their new base and invite the public to the opening this Friday.

The event will be a celebration of Irish culture with a woodturning demonstration, traditional music and dancing as well as a vintage coal ran steam roller on display.

Refreshments will be served and parking will be available in the nearby Kiernan Steel facility.