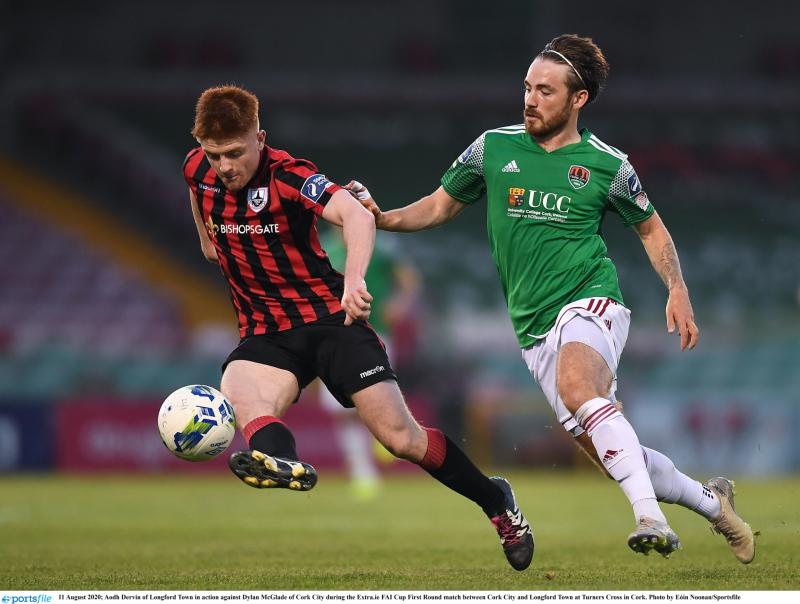 Longford Town FC manager Daire Doyle has his new looking squad hard at work in training and preparing for the first fixture in the 2021 Premier Division at home to Derry City on Saturday March 20 behind closed doors at Bishopsgate.

To date, the boss Doyle has retained 17 of last year’s squad and has also promoted two players from the U-19s. Daire has also signed six new players to strengthen the squad, most notably former Bohemians defender Paddy Kirk.

The Town manager also signed winger Callum Thompson, who was on loan with Bray Wanderers last season from Bohs, and he caused Longford many problems when the clubs clashed in the First Division.

The next signing was striker Aaron Dobbs, who is back with Longford for a second stint after spending last season with Shelbourne, and he is well capable of scoring the crucial goals.

Daire Doyle then announced the signing of Aaron Bolger on loan from English Championship club Cardiff City and the talented midfielder can make a big impact in the Airtricity League Premier Division.

Bolger was previously on the books of Shamrock Rovers and was good enough to command a place in the Republic of Ireland U-17 and U-19 squads during the course of his promising football career.

Also signed for Longford is midfielder Aaron Robinson who is considered an exciting prospect after catching the eye for Bluebell United in the Leinster Senior League.

Quite a few players from the Leinster League have signed for clubs in the Irish League north of the border and Daire Doyle expects big things from Aaron this season.

The most recent signing for Longford is striker Conor Davis who previously played with UCD, Derry City and Cork City. Davis was hampered by injury when with Cork last season and he is an added asset to the attacking options for the Town manager.
There is no doubt that Daire Doyle needs a big squad to cope with the demands of two games a week at different stages of the Premier Division campaign.

After going to Tallaght Stadium to take on the might of the reigning league champions Shamrock Rovers on Friday April 16, Finn Harps are the visitors to Bishopsgate on the following Monday night, April 19.

With weekend action like that, it is imperative that Doyle has a strong squad to select his starting team in the quest to collect vital points.

In the opening six games, the Town have four at home against Derry City, Sligo Rovers, Drogheda United and Finn Harps in that order along with a couple of very tough fixtures away to Bohemians and Shamrock Rovers.

Some people are suggesting that we should aim for the play-off position (second from bottom) in the top flight this season but that is a very negative attitude despite the fact that we are one of the part-time clubs in the Premier Division.

We all know that there are a couple of untouchable teams at the top of the table, notably Shamrock Rovers and Dundalk, while Sligo Rovers and St Patrick’s Athletic have made some very shrewd signings.

At this stage no one knows what is happening with attendances due to the Covid restrictions. Last season when the Government allowed small crowds into the games, the Town club decided to let the season ticket holders through the turnstiles at Bishopsgate Stadium.

On this note, supporters are reminded that season tickets are currently on sale and those fans wishing to purchase a season ticket for Longford’s return to the Premier Division can do so by calling into Bell’s Shop in Newtownforbes.

Supporters who are looking to obtain replica gear are finding it hard to buy as the merchandise is being distributed by Elverys but the Longford store is closed because of the current lockdown. Having said that, online purchase is available.

Hopefully, the lockdown might be relaxed somewhat in early March. At the moment there are a lot of English league matches on TV but it is not the same behind closed doors.

Despite the absence of supporters at the games, there is great excitement in the countdown to Longford’s return to the Premier Division but unfortunately the genuine fans cannot be in the grounds due to the Covid restrictions.

It is the same situation for the friendly fixtures in the build up to the start of the new season in the middle of March but hopefully the loyal Town supporters will eventually get to see their side in action and Bishopsgate will be buzzing when that happens. 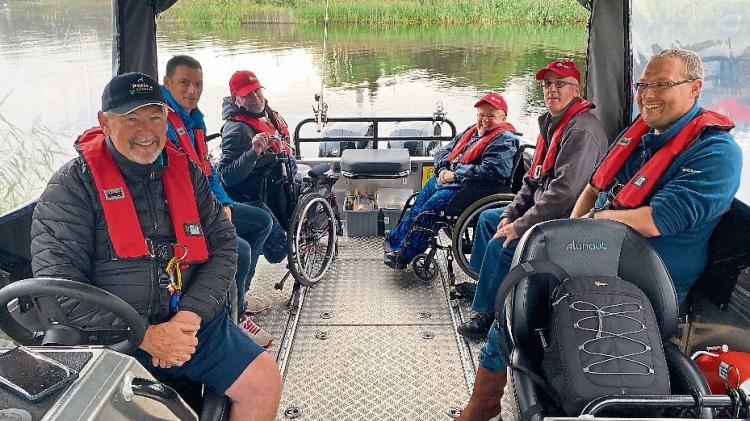