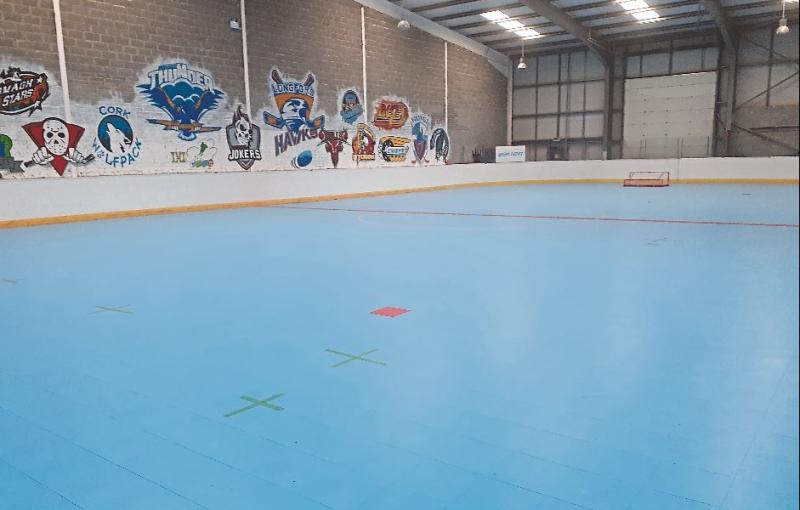 The future of one of the county’s fastest growing sports is in jeopardy after a lease agreement on its home for the past four years was vacated.

Organisers behind Longford Roller Rink, which is the stomping ground of Longford Hawks Inline Hockey Club, spoke this week of how they have been left facing an uncertain future due to the decision.

The premises, which is a 10,000 sq ft purposely refitted unit at Longford’s Mastertech Business Park, is the only specifically engineered inline hockey rink in the country.

Its chairman John Ryan said both he and senior figures involved in the club were still trying to come to terms with the news and the prospect of having to find a new home before its lease expires in just over a weeks’ time.

“There would be about 40 to 50 members in the club between children and adults. Some of these have also represented Ireland and now all of a sudden these boys have nowhere to play or train.”

The Leader was afforded the opportunity of an up close look at the premises last week which houses a large indoor rink, changing rooms and shower facilities for players.

The club is currently paying €1500 a month rent for use of the facility with sources revealing how a further €30,000 has been spent on refurbishing it for both inline and roller skating based activities.

John appealed to local politicians and any prospective outside investors to try and come up with a possible rescue package to save the sport’s short to medium term future.

He said with the body’s only source of funding coming from Inline Hockey Ireland (IHI), it was imperative an alternative site is located as soon as possible.

“We don’t get a tap from the State,” said John.

“IHI run all the leagues and we need competitive games to be kept going.

“We have members here that come from Mullingar and surrounding areas. There is a team in Mayo getting support from the local government and they are being provided with a piece of land that they can actually go and look for funding and build a rink on it.

“We just need to be given a chance.”

For John and those most closely affiliated with inline hockey in Longford, it’s a call to arms he hopes will be heeded not just at local but at national political level.