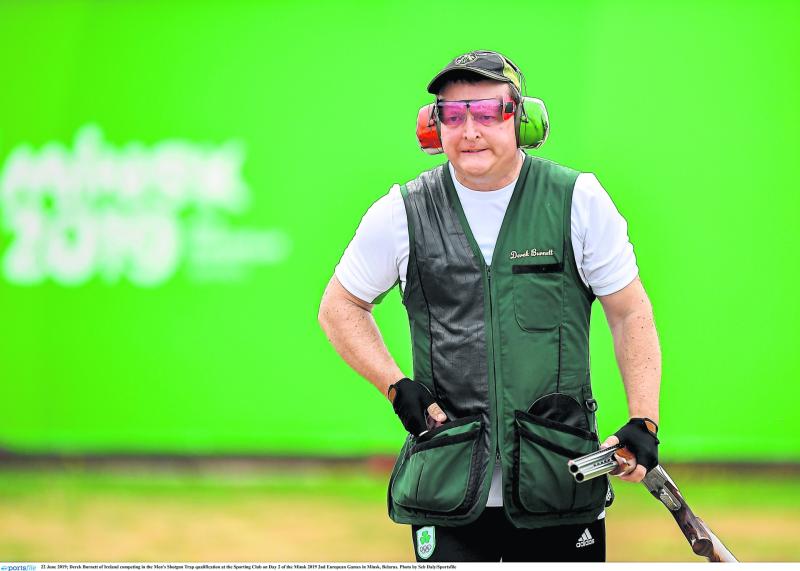 The Kenagh native, who was taking part in his fifth Olympic Games, finished in 26th position in the Trap men's qualification.

Despite only six competitors making it through to the final, Burnett still managed to post a respectable score of 118.

Burnett was always facing a difficult task in securing a final spot after missing three targets in yesterday's first round of the competition.

The 51-year-old marksman responded strongly this morning however by posting two 24-shot rounds.

Burnett missed his first shot of the day but got going after that and finished out the competition in his customary consistent style.

Speaking to RTÉ Sport afterwards, Burnett acknowledged that his first-round score of 22 hampered his potential qualification chances, saying: "The first one was the one that did all the damage, I missed three targets and really, you’re out of the running after missing three targets."

Burnett said whatever about his own form, the south Longford man said the standard on display was something he was always fighting to get to grips with.

"You’re always pushing for a 25, but it just didn’t seem to be in the script here.

"I shot four 24s after, and they were all good, but with the level that’s here at this Olympics – it’s just unbelievable."