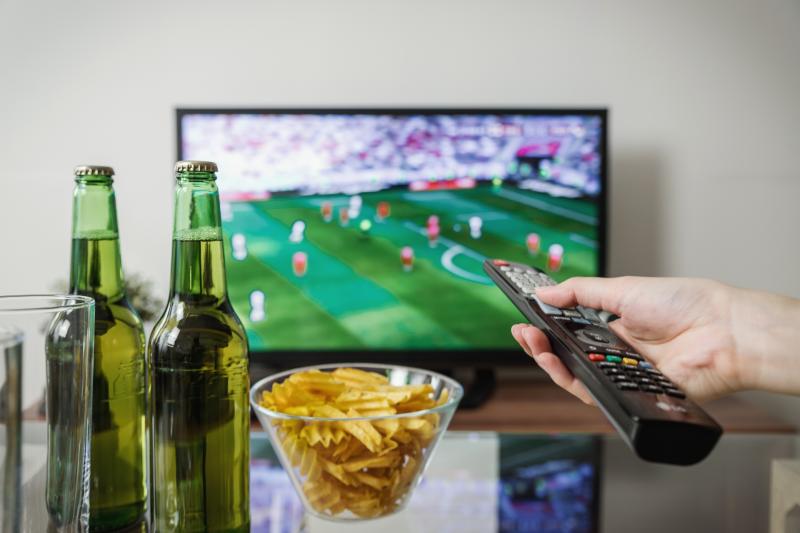 Sport one of the big draws on cable TV services

A legally blind man who operated a business providing customers with illegal access to cable television has received a fully suspended sentence.

Lee Bergin (41) transmitted codes over the internet from legitimate viewing cards which would then be used to descramble the broadcast signal of cable companies, allowing his customers to watch the service without paying for it.

Dublin Circuit Criminal Court heard that the accused man told gardaí he was glad he had been caught as he wished to focus on his legitimate business.

Bergin with a previous address at Olaf Street, Stoneybatter, Dublin, and who is now residing in Co Wexford, pleaded guilty to dishonestly operating a computer within the State on August 5, 2015. He has no previous convictions.

Detective Garda Gary Lynch told Diarmuid Collins BL, prosecuting, that following a complaint from a cable company in 2014, gardaí identified Bergin's then address in Stoneybatter as a place of interest and searched it on the date in question.

Det Gda Lynch said while on the phone with Bergin on that date, the accused man indicated there was a particular area of the house that was locked and told gardaí where the key was. Gardaí found a number of computers, card readers and cable viewing cards in this area.

The court heard that the legitimate cards from cable companies were plugged into a computer which read the code used to decrypt the signal of the broadcast company.

These codes would then be transmitted over the internet to customers who would use them to descramble the signal and watch the cable service without paying for it.

Gardaí also found a number of set top boxes which were consistent with boxes that cable companies had acquired during test purchases when they were trying to identify the source of the illegal activity.

The detective said he was not in a position to say how many people had been availing of the service provided by the accused man.

Det Gda Lynch agreed with David Sweetman BL, defending, that it was quite a complex investigation and that his client's plea was of significant assistance. He agreed Bergin had made it clear his wife had nothing to do with this operation.

The detective agreed with counsel that the card readers can be bought legitimately and it is the use to which they are put that results in the charge in this case.

Mr Sweetman said his client works to bring broadband to rural areas where broadband might not otherwise be available. He said his client has set up a streaming service which allows people to attend religious services from the comfort of their own homes.

Counsel said the offending started out of “curiosity” and as an “intellectual challenge” before going on to be something much more serious. He said his client was diagnosed with a relatively rare eye condition aged 10 and is legally blind.

Judge Elma Sheahan said it has to be acknowledged that Bergin misapplied his gifts in “a studied way”.

Judge Sheahan said the offending was “sophisticated”, involving a gain to him and a loss to a genuine broadcasting company. She said she accepts that his remorse and shame is genuine.

She said the court view is that the accused man is on the road to rehabilitation and it is in society's best interest to allow him to continue on that road.

Judge Sheahan sentenced Bergin to two-and-a-half years imprisonment, but suspended the sentence in its entirety on strict conditions.