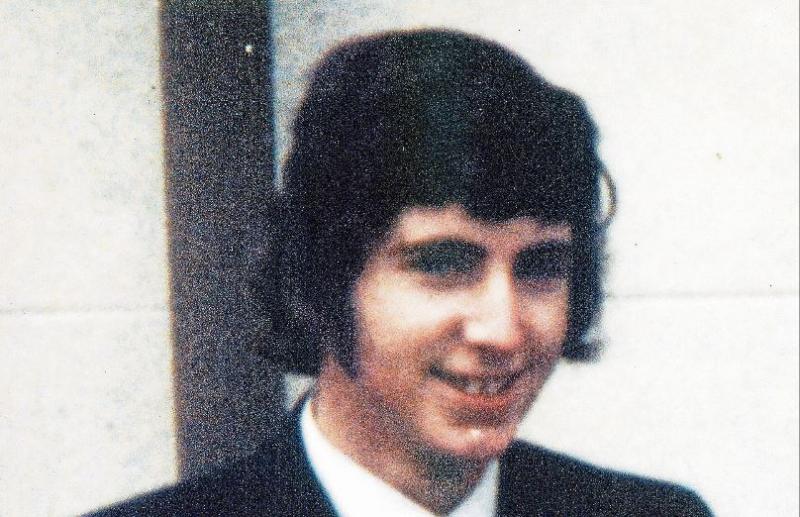 The Troubles of the 1969-1994 period were something that Longford people read about or saw accounts of on television, but seldom did they come face-to-face with the reality of the situation in the Six Counties.

When internment was introduced in 1971 and Catholics/Nationalists were being burned out of their homes, thousands of refugees fled south, and some were accommodated in Longford.

Bloody Sunday was another occasion when the horror of it all hit the county, and everything came to a halt on the day of the funerals of the Derry victims in January 1972.

The period when Longford people felt closest to the conflict was in 1981 when the hunger strikes in the H-Blocks were in progress and protest meetings and marches were organized in the county.

It was also an occasion when people from different political affiliations, and those with none, combined to highlight the appalling conditions in the H-Blocks.

In July 1980, a Smash H-Block Committee was formed in Longford with Tony Carberry as Chairman and Christy Warnock as Vice Chairman. Both men were Independent members of Longford Urban Council.

Motions at Longford County Council meetings calling on the British Government to restore political status received unanimous support from all parties but, when no progress was forthcoming, the prisoners embarked on hunger strike, not once but twice.

Bobby Sands was elected as MP for Fermanagh-South Tyrone and, in May 1981, an election was called in the South. Nine “Anti H-Block” candidates were chosen to stand for election, and the constituency of Longford/Westmeath was one of those where a candidate was nominated.

The candidate chosen to run in the constituency in the June 1981 election was twenty-seven-year-old Martin Hurson, from Cappagh, Co Tyrone. He was the second youngest of nine children and his mother had died when he was fourteen years old. After secondary school, he worked for a while in Manchester before returning home to work in Dungannon.

With the Troubles at their height, Martin Hurson joined the IRA and, in 1977, he was sentenced to 20 years for allegedly attempting to kill Crown forces, possession of explosives and membership of the IRA. Hurson claimed at his trial that he had been tortured and forced to sign two statements. He appealed his sentence twice, but without success.

With only ten days to canvass, a big campaign was mounted in the two counties that almost succeeded.

A major rally was held in Longford with Bernadette McAliskey among the speakers. John Hurson, father of the hunger striker, appealed for votes for his son, in the hope that it might lead to a change of heart by Margaret Thatcher and her government.
In the end, Martin Hurson received 4,573 first preference votes and was the last to be eliminated.

Martin Hurson’s condition continued to deteriorate and, on 12 July, one month after the election, his family were informed that his condition was critical.

His fiancée, Bernadette Donnelly, to whom he had become engaged in March 1979, and Bernadette McAliskey headed for Long Kesh in the hope of being able to say a last farewell. The authorities refused them access. It was a cruel move that still rankles with the family.

At 4.30am the following morning, Martin Hurson passed away.

Thousands poured into the village of Cappagh, Co Tyrone, including hundreds from all over Longford who travelled by bus and car. The Longford Leader report of the event stated that:

“Thousands of mourners from all over Ireland crammed the tiny village of Cappagh, Co Tyrone, yesterday for the internment of hunger striker, Martin Hurson. Hurson died at 4.30am last Monday in Long Kesh after an unsuccessful attempt at gaining a seat in the Dáil in the Longford-Westmeath constituency. However, some of his 5,000 voters attended the funeral to hear his election agent, Cllr Seán Lynch (Provisional SF) give the funeral oration.

“Chairman of Longford H-Block Committee, Cllr Tony Carberry (Ind) acted as pall bearer to bring the coffin into the Church of St John the Baptist. Cllrs Warnock, Nevin and Brennan were also high-profile figures at the funeral.”

The significance of the Longford connection was heightened by the choice of Sinn Féin councillor, Seán Lynch, to deliver the graveside oration. Lynch had been Cathaoirleach of Longford Co Council and his term ended just over a week before the funeral.

Martin Hurson was the sixth hunger striker to die and the funeral oration at the grave of Raymond McCreesh had been delivered by another Longford man, Ruairí Ó Brádaigh. It was certainly a unique honour for Longford to have representatives from the county speaking at two of the funerals.

Two Monuments in the County to Martin Hurson

Longford’s links with the tragic period of the hunger strikes, and the election candidacy of Martin Hurson, have not been forgotten and, significantly, two monuments stand in the county commemorating that period.

For those involved, it was a memorable and historic time in Longford, as they strove to press for a resolution to the hunger strike issue and to achieve political status for the prisoners.

Ironically, the prisoners’ demands were acceded to soon after the ten of the men had died.

The intransigence of the Thatcher government of the time led to increased support for the IRA and the conflict continued for many years more.

* The story of Longford’s connections with the hunger strikes and with other events during the Troubles will be recounted in Seán Ó Súilleabháin’s forthcoming book Longford’s Republican Story 1900 – 2000 which will be launched later this year.