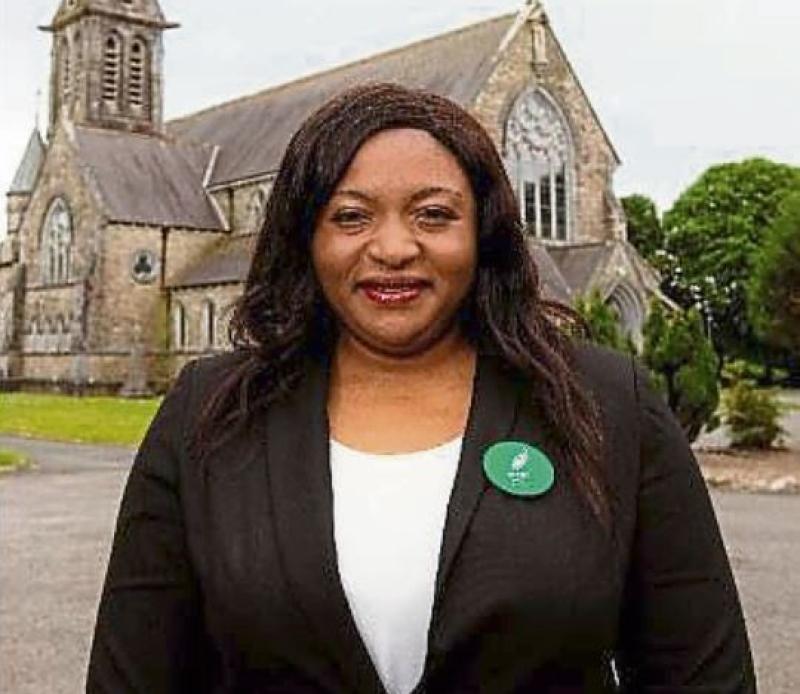 The Green Party has selected Catherine Joseph to be its Local Electoral Area (‘LEA’) representative for the Longford Area.

Originally from Benue State of Nigeria, Catherine settled in Ireland nine years ago. She took a keen interest in Irish culture and learned all about the rich cultural heritage of the Irish community after studying Tourism in Drogheda Institute of Technology.

Catherine also holds a Degree in Hotel and Leisure Management from AIT. She has over the years worked here in Ireland as a waitress, care assistant and customer service assistant. She is known as a vociferous political activist and founder of Ethnic Minority Hub – Ireland.

Catherine had the following to say about her appointment: “A former colleague who is a native of Longford, once said ‘I wish to put Longford on the map of Ireland’. Her words resonate with me as I see the many growth potentials in Longford ranging from its multicultural strength to the many vacant lands and abandoned buildings that could be transformed to expand the hospitality sector by attracting tourists which leads to revenue generation.

“The vast vacant lands can be developed to entice investors for onward infrastructural development and job creation.

“I believe if efforts are invested for a better public transport system, increased clean renewable energy, support base for farmers and businesses with an inclusive policy for everyone, Longford will be on the map and will be acknowledged inter- nationally as a community leading charge in the efforts of tackling climate crisis in Ireland.

“It has always been a desire of mine to serve and represent ethnic minority groups and by extension all the good people of Longford,” she said.

“The Green Party is resolute in delivering on its policies nationally, as evident in the recent major success chalked from the Climate Bill that was recently passed. I must be quick to add that its membership is fast growing in the Longford area and there is the obvious need for a Green Party representative in Longford.”