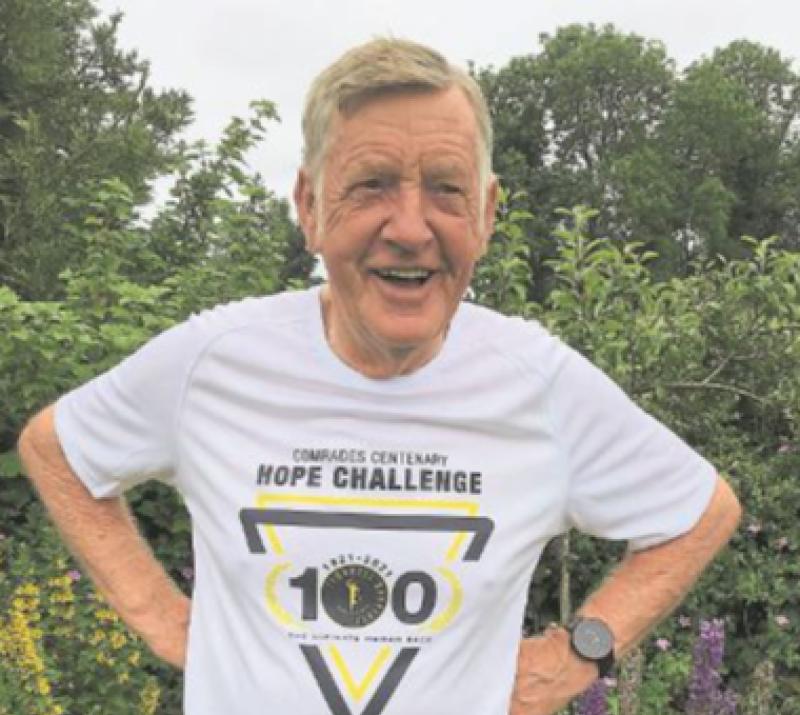 The jovial 79-year-old completed the gruelling and aptly named Comrades Marathon, a 90km or 56 mile slog in 15 hours and eight minutes as part of a concerted effort to raise much needed monies for St Christopher's Services.

What's more the event was one Liam opted to undertake alongside long time friend, Donegal's Peter McGlynn within the surrounds of his native Longford town.

“We were definitely the first two from Ireland home and I am sure it has to be,” he remarked when asked if the achievement had brought with it a new Irish record.

“I don’t think anybody at 79 has completed the Comrades Marathon.”

It's an accomplishment that to all intents and purposes puts paid to any claims long distance running is a young man's game.

The father of three is as humble as he is relaxed about his record breaking exploits and having completed 333 marathons and now his very first ultra marathon.

“I started (marathon running) at 42. I have always been fairly competitive and after getting down to three hours and eight minutes at 53 years of age, I just want to keep it going as long as I can.”

His one lingering regret is not having completed the Comrades Marathon when at the peak of his running powers.

That said, Liam has plenty of words of wisdom for those looking to follow in his own hallowed footsteps and more pointedly reap the benefits of a sport which has become not just as pastime but an almost everyday custom over the past three and a half decades.

“I tell you what I reckon,” he remarked while sipping from a cup of coffee.

“I would recommend anyone and everyone to at least exercise.

“Definitely it helps if you have a stressful job. If you go out and do three or four miles, you don’t have to do 20 miles but I guarantee when you come back in and have a shower you will feel an awful lot better.” After 300 plus marathons to his name, who could argue with that?