'Is the Government there to help us or hinder us?' - Paddy Diver

100% Mica Redress at top of the Agenda 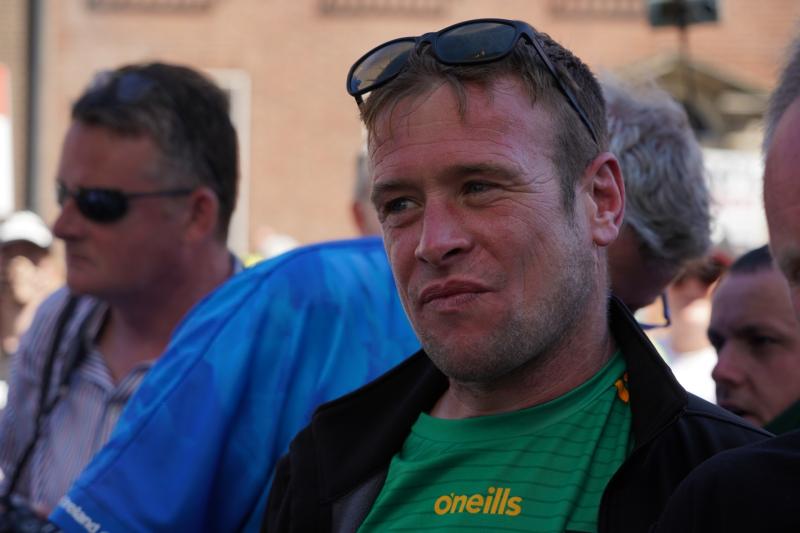 'Is the Government there to help us or hinder us?' - Paddy Diver

Mica campaigner Paddy Diver says he is going into the forthcoming meeting of the Defective Blocks Working Group (DBWG) to get “fast-track answers” for mica-affected homeowners.

Speaking to Donegal Live, Paddy said the [DBWG] introductions were over, as of last Wednesday, and today's meeting was time to deal with what he described as the “stupid stuff”.

“A liaison office also needs to be established, to enable people who are not familiar with computers to get onto the Defective Concrete Blocks Grants Scheme. Some people's mental health cannot handle forms and computers and PDFs and all that kind of stuff. I want these issues over the line today (July 7).

“100% redress is still number one on the agenda and it is still going to happen but we need to get the other issues fast-tracked so people can get onto the [Defective Concrete Blocks Grant] Scheme.

“The Government was told at last Wednesday's DBWG meeting the [Defective Concrete Blocks Grant] scheme was benefiting people and that only 20 people had been turned away from Scheme 2.

“I asked how many people were on Scheme 2 and was told 40. I said the reason only 40 people are in Scheme 2 was that Donegal County Council was dragging its heels. Information being sent in by chartered engineers was being turned down.”
Mr Diver said he brought up his own case. He has a block that is under two Newton and, as a result, he believes his house needs to be completely demolished.

“However, the Council is requesting additional information,” he said . “It wants pictures. It wants me to take down my dry lining walls to send a picture. This is why people cannot get on the scheme, because of the Council's incompetence.

“I am going to be raising the same questions this Wednesday and the Council will have to answer me.

“Council negligence and incompetence has caused us to be where we are today, especially from 2013 forwards.

“Up until 2013 it was the Government but when it was changed, the Council enforced nothing. There has been a lack of oversight of Cassidy's Quarry.

“Second homes and holiday homes are still on the table. They have to be because people did not go get pensions, this is people's investment. There is no way on earth it can't be the case. We will know better today.”

Mr Diver was confident in the community team from Donegal. He said they are “well prepared”.

“If the Department and Council officials think for one second they are going to tie us up in knots, they are not. We are getting plenty of help and we are well fit for it.

“We will turn this into a European thing if needs be. We are also well prepared to go down again to Dublin and make our voices heard.

“We are not going to lie down to the Government. Government and Council is to blame not the homeowners.

“They are on about taxpayers' money they are the ones that are blowing the taxpayers' money not us. I want to see is the Government there to help us or hinder us? We will know on Wednesday.

“This Government has to be looking at this as a traffic light system, red, amber and green. There are people that cannot afford to get on the scheme. Their houses are ready to fall down. They now need to be evacuated that is critical.

“The priority is to get the people out of the houses, get them re-housed before the next storm comes. The Government is in power. It needs to be doing these things.

“I was lying in the house the other night and it was a stormy night and I could hear cracks. I can only imagine an older person or a young child not being able to sleep. Any houses that are critical, families need to be re-housed.”