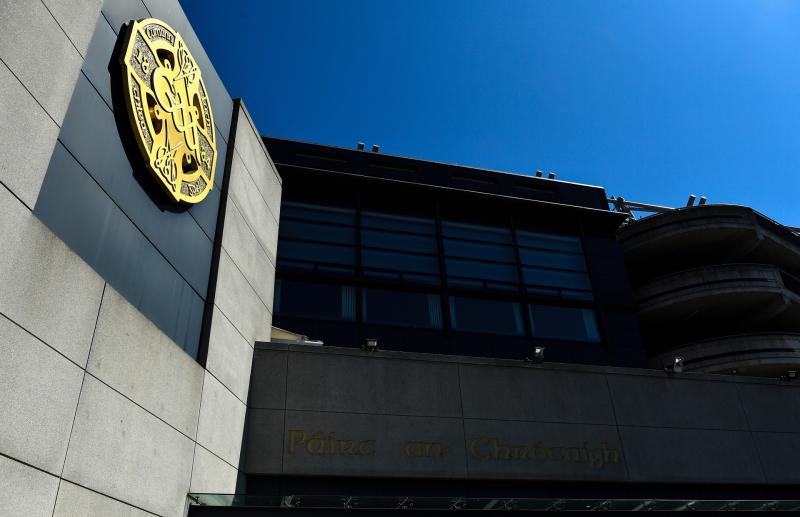 CONCERNS were raised about two of the children in an alleged abuse case up to five years before they were taken into care, the trial of six family members has heard.

A referral was raised by a medical social worker in 2011, after the children were found to have third degree burns while attending a neonatal appointment with their mother, a social worker told the trial of three men and three women.

The trial has heard the children were taken into care in 2016.

The trial also heard evidence today that the father of the children admitted to the family social worker that he gave the children melatonin medication. He said he did this because they wouldn't “settle” and that he gave the most to his daughter as “she was the hardest to knock out”, the court heard.

The social worker, who was assigned to the family in 2014, told Bernard Condon SC, prosecuting,  how she became increasingly concerned at “the level of risk and harm” posed to the children by their parents.

The six family members, who can't be named for legal reasons, are accused of abusing three children between 2014 and 2016.

The accused are the parents, aunts and uncles of the children.  They range in ages from 27 to 56 and live in various locations in Munster.

The parents are also accused of neglecting five of their children. All of the accused have denied the charges against them.

The social worker told the trial that when she first became involved in the case in 2014, she was aware there were previous referrals to the family.

She told the trial that in 2011, hospital staff noticed two of the young children were wearing heavy clothing despite it being summer, and then discovered they had third degree burns. The children were “grubby” and “dirty”, the social worker said.

At the time she got involved with the family, just one referral was open in relation to the eldest child, who had run out of school.

She said she was aware that family support workers had been working with the family for some time. She said she was also aware a colleague had visited the house and had been “shocked at the level of flies, dirt and nappies”.

She said she and a colleague first met the parents by appointment in a neutral setting at a health centre. “I apologise, I have to be brutally honest – they were filthy. Filthy dirty,” the social worker told the court.

She said the father's clothes had a “sheen and shine on them that looked like Teflon, they hadn't been washed in so long”. The mother's hair was “stuck to her head”. There was a strong smell of body odour from them both, the social worker said.

“It was atrocious and it was our first meeting,” she said.

The social worker said that she had been advised by gardaí who had visited the family home that it was filthy with rubbish everywhere, but that both parents “denied every single thing put to them”.

She said the mother in particular gave different answers to the same question, such as when asked why one of her children had been hitch-hiking at the age of six.

She said that throughout the two-and-a-half hour interview, there were “different answers, deflection, blame, trying to manipulate the whole situation”.

There was “constant blame for everyone else except [themselves] as parents,” the social worker said.

The social worker said that she went into the first meeting with one referral open for the eldest child. She said that at the end of the meeting, “the level of concern had risen to such an extent” that a decision was made to open a professional assessment on each of the five children.

She said these concerns included patterns of behaviour going on since the 2011 incident, the dirty home and the fact that there had been a second outbreak of scabies in the family.

Describing her first visit to the home in October with a colleague, the social worker said there was rubbish and broken bits of toys and bikes outside the house. She said that while the floor had been swept, there was “sticky, gunky filth” in every corner.

The social worker said there were “filthy, disgusting, stinking blankets” covering almost every surface in the house. She said there were no toys, apart from a couple of “broken bits of something” in an “absolutely filthy playpen”, despite five children living there. There were no family photos on the walls, she said.

The social worker said she thought that only the mother was in the house, but after she had been in the home for a period of time, she pulled back a blanket and discovered an 18-month child sitting in a buggy.

He was strapped in very tightly looking up at her with big eyes, the social worker said, and when she carried out some developmental checks on him, he made no response. His legs were “spindly”, his skin was clammy and had a grey pallor, she said.

Under his neck, she said he had “two rings of thick crud and dirt” that had not been washed in a long time.

The court heard that a number of case conferences on the family were held in November 2014 and again in June and November 2015. At the first conference, which involved a number of professionals involved with the family, it was agreed that the threshold of neglect had been met. The children's names were placed on a national database under the category of neglect.

A plan was put in place to support the parents and a list of requirements was drawn up. It was “the most basic plan”, the social worker said, and included the parents ensuring the children's faces and teeth were washed and brushed daily, that they had clean underwear, enough food and a bath twice a week.

Extended family were enlisted to help the parents, including some of the co-accused relations. Barnardos children's charity was also brought in to help the family.

By November 2015, the social worker said the children were not gaining weight and that no improvements had been made in the family home. “There were huge concerns about food. It wasn't getting better,” she said.

The social worker said that instead of washing the walls, the father painted them a glossy dark brown colour, which he said helped to cover up the dirt.

She said the mother told her she was giving the children dinners such as roast beef and roast chicken and that the children were being bathed daily and having their teeth brushed three times a day.

The social worker said she did not believe this was the case. “At this point, they were portraying a house to me that was not the house I could see,” she said.

The social worker noted that during her visits, she was looking for “affection, soothing, warmth and emotional connection” between the parents and their children. “As a professional social worker, I was not seeing that,” she said.

The mother in particular would engage in “deflection” when asked questions about the children's welfare and would instead ask for “material things” such as a new fridge, a new washing machine, a new front door or a power washer for cleaning, she told the court.

In January 2016, the social worker said she asked the parents if they were giving the children melatonin medication that had been prescribed to one of the children.

She said the father answered: “Yes I am,” before describing how he gave it to help the children settle.

The social worker said she was “shocked, taken aback that this was happening”. By now she had serious concerns about the “seriousness of risk and harm” to the children, she said.

In April 2016, the children were taken into care as a result of their “well-being being detrimentally affected in the care of their parents”, the court heard.

The trial, before Mr Justice Paul McDermott and a jury, continues at a temporary courtroom at Croke Park.