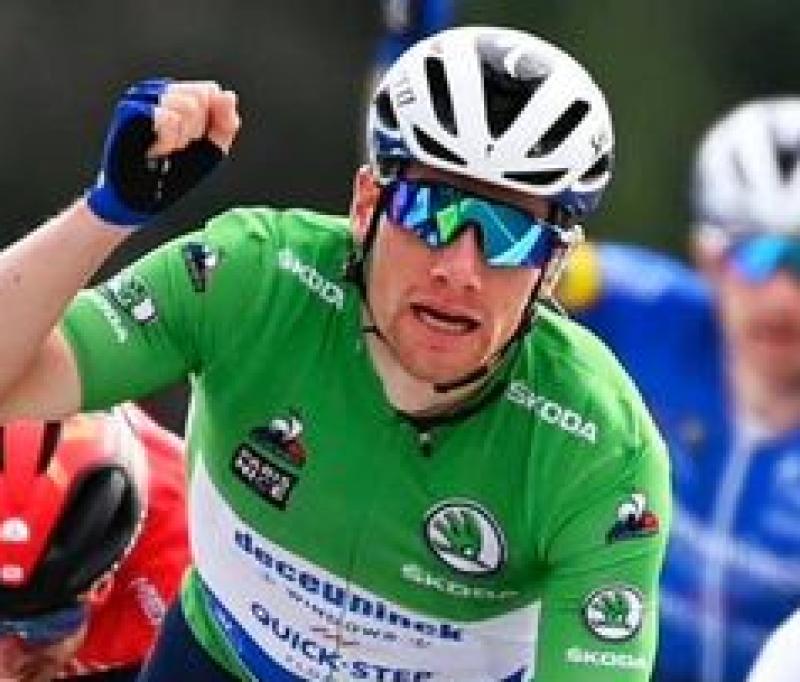 A knee injury means that Tipperary's Sam Bennett will be unable to defend the green jersey that he won last year in this year's Tour de France.

The Carrick-on-Suir man will be absent from the starting line-up when the 108th edition of the race gets underway in Brittany next Saturday.

The injury forced him to miss this month’s Baloise Belgium Tour, and while it had been hoped that he would have recovered in time to join his Deceuninck-QuickStep team mates in the starting line-up, he has had to admit defeat in his battle to regain fitness.

“Needless to say, I’m very disappointed not to be able to defend my green jersey at this year’s Tour de France,” he has stated.

“I had a very minor incident during training a couple of weeks ago, which affected my knee. While the injury I sustained is very short-term, it impacted my training for the biggest bike race in the world all too much and left me without enough time to be race fit.

“Le Tour deserves me at my best and it would do my team, and myself, an injustice to race in my current condition.

"I wish the whole Wolfpack a successful three weeks on the roads of France.”

His place as the team’s sprint leader will be taken by Mark Cavendish.

30-year-old Bennett recorded that career-defining success in the points classification of last year's Tour de France, when he also won two stages of the race.

He confirmed his status as the sport’s strongest sprinter this season, with stage wins in the UAE Tour and the Paris-Nice race, followed by victory in the Classic Brugge-De Panne in Belgium in March.