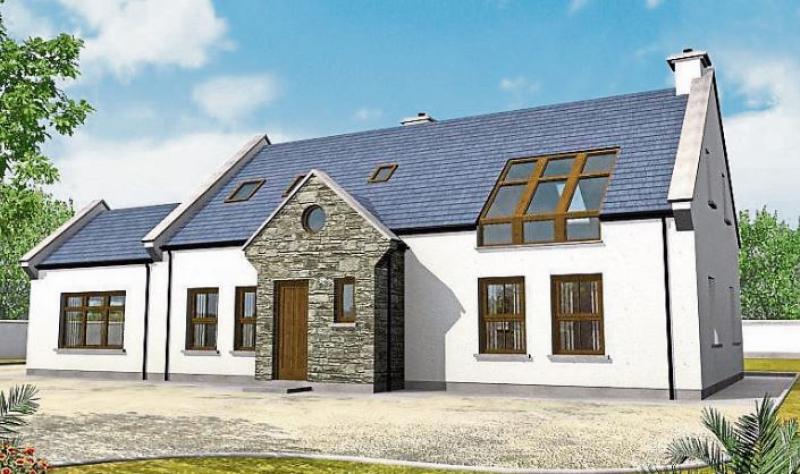 The new Build an Irish Home campaign, which is the first of its kind and has the backing of Guaranteed Irish, will see Lovell's Homevalue promote and prioritise local Irish suppliers in each product category in an effort to stimulate the Irish economy in response to the challenges brought on by the Covid-19 pandemic.

As part of the campaign, Homevalue is launching a 160 page, free of charge self-help building and home improvement guide that will include information regarding how builders and homeowners can go about building or upgrading a home using Irish products.

This campaign comes as Lovell's Homevalue, along with approximately 160 other Homevalue and affiliate non-branded independent DIY stores across Ireland became accredited members of Guaranteed Irish which recognises companies that provide quality jobs, support local communities and are committed to Irish provenance. Recent research from Guaranteed Irish found that 94 percent of consumers believe that by purchasing from firms with the Guaranteed Irish brand, they are helping Ireland in its recovery post-Covid and post-Brexit.

Commenting on the new campaign, Robert Lovell said, “As a locally owned, indigenous Lovell business, we know just how important it is to support our local economy, especially during challenging times such as now. We’ve already seen consumers come together in their masses to support local Irish grocery suppliers and indeed independent grocery retailers, and we’re determined to spread that goodwill to other sectors, starting with our own in DIY and building supplies. Through this campaign, local customers will now have the option to enjoy a truly Irish shopping experience, supporting local businesses and jobs in the process.”

Commenting on the new campaign, Brid O'Connell, CEO, Guaranteed Irish said, “This campaign has the potential to not only support existing businesses and jobs, but to also stimulate growth in our local economy by giving Irish suppliers a platform to prosper and grow. I’d like to congratulate to all the teams in Lovell's Homevalue on such an exciting initiative.”

Homevalue is 100% Irish owned with a network of over 90 independently owned stores nationwide. Homevalue is part of the United Hardware group which serves a membership of over 160 Guaranteed Irish accredited stores who together have combined retail sales in excess of €450 million, employ approximately 2,000 people and cater to a diverse base of trade and DIY customers. Headquartered in Dublin’s Citywest, it operates a 140,000 square foot purpose-built distribution centre in support of its objective to deliver enhanced purchasing power, marketing, logistics and business advisory support to its independent hardware, homeware and agri retailers.