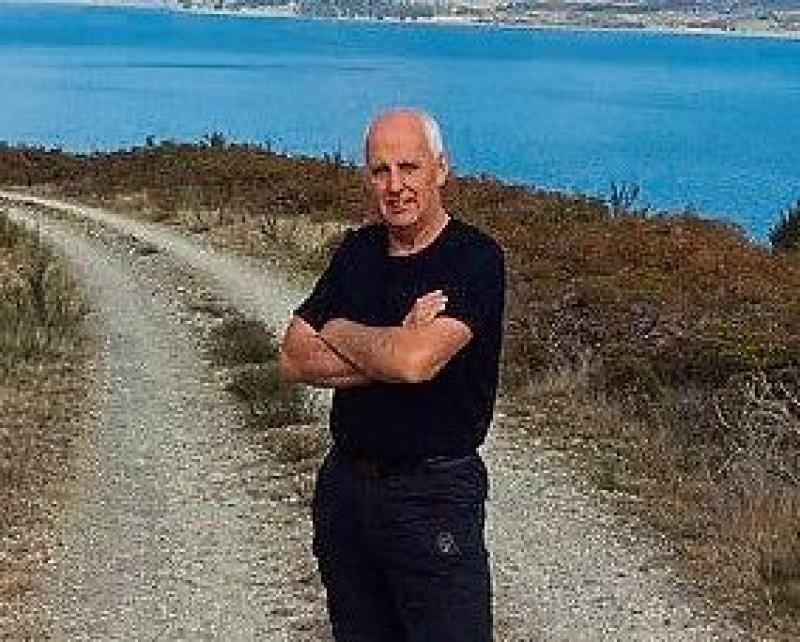 The late John Blessing and below pictured during his playing days

The widespread shock following the death of John Blessing will not subside quickly.

From Clonguish, through the whole of county Longford, into Kildare - his adopted county - and many parts of Dublin, where John’s many former Eircom contemporaries and friends live, the disbelief was felt.

For as long as anyone who knew him could remember, John was fit, healthy and active and had played GAA football at a high level.

That fact alone rendered it difficult for anyone who knew him to absorb the sad news, and anyway he was simply too young to be no longer with us.

Adding greatly to the trauma of the family was the death nine months earlier of John’s wife and soulmate, Martina (nee O’Hara, Arva), much too young also.

John was widely known for his top class Gaelic footballing skills and for his commitment to the game. He played at all levels for Clonguish from underage and went on to captain their senior team of 1981 who won the County Championship.

A tribute by Clonguish GAA on their Facebook referred to John as “a great Clonguish player and supporter”.
He also played on Longford County teams in the ‘70’s and 80’s, representing Clonguish.

And John didn’t forget where it all started – he continued his unwavering support for Clonguish and Longford, travelling long distances to matches throughout his life. He was also a great contributor to The Longford Association’s sporting exploits, togging out many times for our teams competing then in the inter county 7’s, organised anually by the Offaly Association in Dublin.

And John was deeply immersed in Kildare GAA: he was player/manager with Clane and went on to achieve singular success as manager with the club, bringing them to three senior county finals in ’90, ’91 and ’92, and winning outright in ’91 and ’92.

He also managed St Kevin’s and was a selector for his (adopted) home club, Celbridge, then managed by Paul Earley and when Paul’s brother, the late Dermot, managed Kildare in ’95 and ’96 John was one of his selectors, a measure of the high regard in which he was held.

He Leaves a fabulous GAA legacy by any standards since first presenting himself to Clonguish as a young lad.

I’m reminded of a story told to Jimmy Hannify, which Jimmy recently shared with me about the first time the legendary, late Bertie Allen laid eyes on the eager young player.

John was a good looking young lad, an attribute he retained through his life, and Bertie, regarding him closely, opioned, “you’re too good looking to play Gaelic football”! It was just as well Bertie didn’t hold to that particular criterion. Consider what Clonguish, Longford and Kildare would have missed!

John possessed exemplary interpersonal skills which were a natural part of him. They were well used down the years coaching young GAA players and gaining their trust.

Indeed those same skills served John well in his management roles in Eircom.

He was respectful and was widely respected himself within the company.

Whenever his name came up the pronouncement, “John is a true gentleman”, invariably followed.

The tragedy now is that this must be expressed in the past tense.

Fr Peter Burke, a friend and team mate on the victorious Clonguish ’81 side, celebrating his funeral Mass in Celbridge, told the congregation that John was a man of faith.

Well, John didn’t wear his faith on his sleeve, but did more than enough to give that faith expression through his exemplary life, which he lived with integrity and honest commitment.

To his sons and daughter Peter, Neill and Ann-Marie, grandchildren, sister Mary Ross and her husband Alex and family, Drumlish, extended families and a huge range of friends, the members of the Longford Association-Dublin tender our deepest condolences. Ni bheidh a leithead aris ann.