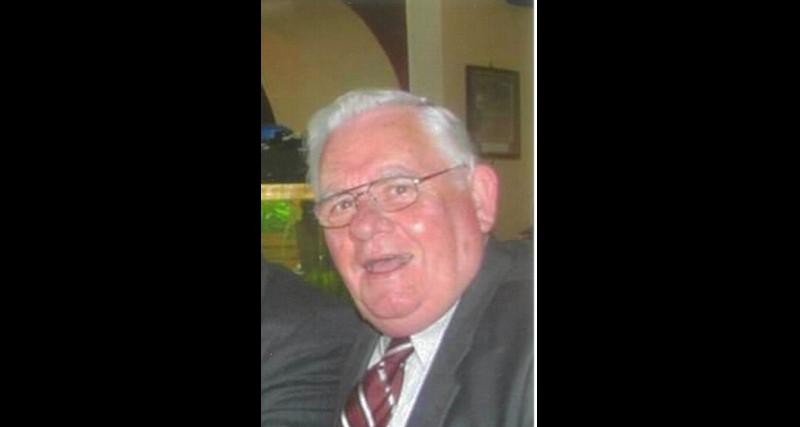 The death of Hugh Hourican, Woodlands, Arva, peacefully, at his home after a short illness, surrounded by his family on Thursday, April 22, was received with sadness over a wide area.

A native of Mulrick, Lough Gowna - Hugh came to Arva following his marriage to Kathleen O’Reilly, Pound Street, Arva in 1958 and he quickly became involved in community activity.

Of course Hugh was no stranger to Arva and would be called upon regularly at Concerts in St Patrick’s Hall to sing some of his favourite songs. He was blessed with a great singing voice and he would regularly get a standing ovation.

He was a Lead Singer with the Grafton Showband, Gowna led by Mickie Smith – later leader of the Hi Lows Showband. Kathleen was involved in the family Drapery business and Hugh also got involved. Apart from the Drapery they also sold Furniture, Footwear etc.

After a number of years living at Fair Green – next door to Murtagh’s Public house - Hugh and Kathleen bought a house and farm in Woodlands where they have lived since.

Hugh became a prominent breeder of top quality Friesian Cattle and was involved in the Breffni Oriel Friesian Breeders Association. He was a regular prize winner at Arva and Virginia Shows against top rated opposition.

He was a valued member of the Arva Show Committee and served as Assistant Secretary for a number of years. Hugh presented a Trophy for the Overall Champion of the Show in the Cattle Sections and this was a coveted prize among exhibitors.

When the Arva Football Club was reformed in 1962 Hugh played at corner back – games were played out in Larkin's Field which is across the river from Cyril Sheridan’s House – in Co Longford.

Arva amalgamated with Cormore in 1964 and while there were teething problems and some agitation between supporters Hugh was a shining light as his banter and good humour was a soothing influence.

He was influential in the formation of St Joseph’s when the Arva and Killeshandra clubs amalgamated to contest the Senior Championship in 1969 while still retaining their own status. They were defeated in the Final by the Crosserlough 7 in a row team.

He was totally involved when the new pitch was bought and all the work that had to be done to bring it into use with the Official Opening on 14th May 1972.

As a way of raising money the late Sgt Mick McCaughey started the “Tops of the Town” which ran in St Patrick’s Hall for 3 or 4 nights each year. Seats had to be booked in advance and many people from the locality were involved either in musical scenes or sketches. Hugh was one of the main singers and would end the night with a big favourite “Goodbye, Goodbye we wish you all a last Goodbye” to rousing applause.

In the intervening years Hugh has been ever present in the club through good times and bad. He held the position of Chairman for 14 years and only the week before he died he told Kathleen to make sure she paid the Club Membership for this year.

Hugh brought many supporters all over Ireland to support the Cavan team. He put a Sofa and Armchairs into his Van and often had up to 10 people with him. One such trip took them to Doonbeg, Co Clare around 40 miles the far side of Ennis.

There was a gale blowing that day and Cavan got 1 point against the wind which was the point that won the game for them – both sides scored 10 points with the wind and Clare couldn’t score against the wind. On one occasion the Goalie was kicking out the ball and the wind took it and it went out for a “50”. These were usually day excursions but on another occasion they headed for Killarney where they stayed overnight and had a great time.

His remains were removed to the Church of the Sacred Heart, Arva for concelebrated funeral Mass on Sunday, April 25 with burial afterwards in Coronea Cemetery. Fr Charlie O’ Gorman PP Killeshandra was the Main celebrant assisted by Fr Donald Hannon CC Arva.

When the hearse bearing Hugh’s remains reached the Market Square it was met by a Guard of Honour from members of St Patrick’s Arva GAA and Arva Agricultural Show Society which accompanied him to the church.