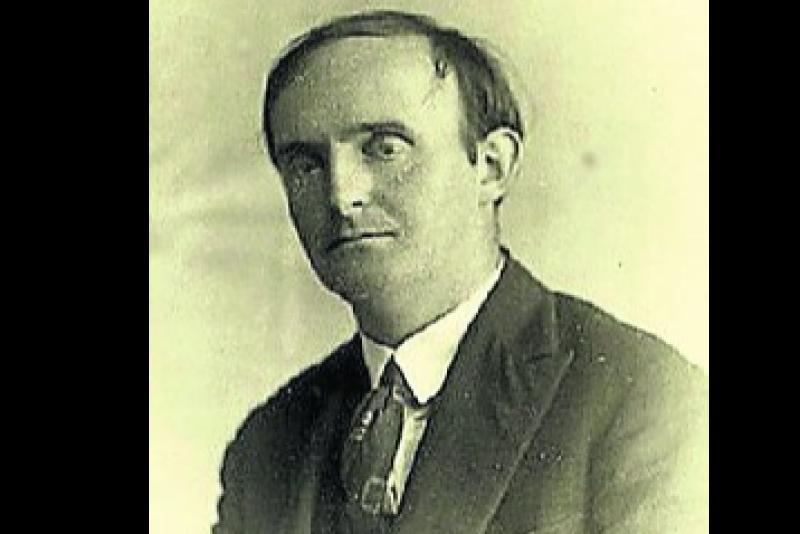 Padraic Colum was born 140 years ago in Co Longford and prided himself in telling people that of his generation of Irish writers he was the only one who was peasant-born and a Roman Catholic.

By this he meant, of course, that he was deeply rooted in Irish soil. He was born on 8 December 1881, the first of eight children of Patrick Collumb whom Professor Sanford Sternlicht described as “the last of an ancient line of peasant farmers but a graduate of the National School and the teacher in, and later master of, the Longford Workhouse”.

Much of Padraic's early life was spent on his grandmother’s farm in Co Cavan, and later in Sandycove, Co Dublin.

On the farm in Ballinagh a few miles south of Cavan town were his Aunt Mary and her husband Micky Burns. Through helping Micky on his travels through Longford, Leitrim and Roscommon, the young Padraic developed a great understanding of rural life and an appreciation for traditional songs and stories that became the material for his many plays and children's stories in later life.

When Patrick Collumb lost his job at the Workhouse and in 1889, he moved to the United States to participate in the Colorado gold rush.

Padraic and his mother and siblings remained in Ireland, and when Patrick returned in 1892, the family moved to Glasthule, near Dublin, where Mr Collumb got a job as assistant manager at Sandycove and Glasthule railway station.

Padraic attended the local national school. When his mother died in 1897, the family was temporarily split up.

Padraic and one brother stayed in Dublin, while their father and remaining children moved back to Longford. Padraic finished school the following year and at the age of seventeen, he passed an exam that awarded him a clerkship in the Irish Railway Clearing House.

He became involved in literary and theatrical life in Dublin where his plays were produced, and his poetry was published. American benefactor Thomas Kelly gave him a grant for five years which enabled him to give up his job and devote himself to studying and writing.

By 1903, George Russell could declare: “Colum will be our principal literary figure in ten years.”

He collected Irish folk songs, and adapted some of them, one of which became what is possibly his most famous poem/song, She Moved Through the Fair. His most popular poem is without doubt his much-loved The Old Woman of the Roads.

In 1912 Colum married Mary (known as Molly) Maguire, herself a noted figure in literary circles, and they lived in Donnybrook for a while before moving to America in 1914.

They spent time in Europe in the 1920s before moving to Hawaii where Colum wrote books on Hawaiian folklore and legends.

They spent most of the 1930s in France and arrived back in New York in 1939. After Mary's death in 1957, Padraic continued lecturing, writing, and editing volumes of poetry until the late 1960s, and in 1963 he became a member of the American Academy of Arts and Letters.

Padraic died in 1972 and was buried in St. Fintan's Cemetery in Sutton, Co. Dublin.

Aidan is a writer, historian and member of the Padraic Colum Organising Committee.