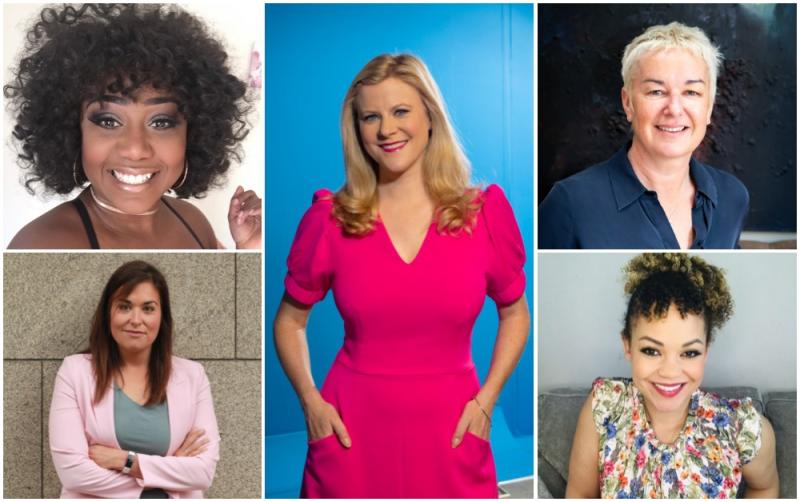 The ninth season of Today on RTÉ One enters its final month next week and, once again, the team will be joined by new faces on set while Sinéad Kennedy continues her maternity leave.

In May, Dáithí Ó’Sé will be joined by Eunice Power, Emer O’Neill, Nuala Carey, Stefanie Preissner and Trishauna Archer. They will co-host alongside him on Monday and Tuesday afternoons while Maura Derrane and Dáithí will be together for the remaining three shows each week.

Following the bank holiday weekend, on Tuesday, May 4, chef and business owner Eunice Power will be back in the RTÉ Cork studios. From Dungarvan in Co. Waterford, Eunice is one of the show’s most popular chef’s as she re-creates her simple and tasty recipes for viewers at home.

This time, however, she will be double-jobbing. As well as cooking on the show, she will be joining Dáithí in a presenter’s chair. Looking ahead to next week Eunice said: “The Today team are like a little family. I’m really looking forward to the role of presenter and being at the other side of the counter.”

On Monday and Tuesday (May 10 and 11), Emer O’Neill will join Today for the very first time. She will be most familiar to television viewers as the P.E. teacher on RTÉ2’s Home School Hub.

Multi-talented Emer was born and raised in Ireland, is Irish/Nigerian and a Bray, Co. Wicklow native.  She has represented Ireland in basketball and is an anti-racism activist also. Expressing her delight Emer said: “I am so excited to be on Today. This will be such an amazing experience and I am so thankful for it.”

Presenter Nuala Carey will have a change of scene from the RTÉ Weather studio in Dublin to present two shows on May 17 and 18. Nuala also regularly hosts the National Lottery.  She has also been involved with Today on many occasions and only last week, reported on a fashion slots for the show.  She is really looking forward to co- presenting Today once again with Dáithí.

Nuala said: “Working with all the team in RTÉ Cork is always a pleasure and on a personal level it is sentimental to return to my late Dad's beloved 'Rebel County'. My paternal Grandparents married in Saints Peter and Paul's Church just around the corner from the studio - so I will feel extra close to the Carey side of my family on my return.”

For the last week of Today’s ninth season on RTÉ One, Stefanie Preissner will be back in studio on Monday, May 24.  Stefanie joins Dáithí once again, but not as a panellist this week.

Writer and creator Stefanie is a popular and regular panelist on the show and is well versed in current affairs, local events, entertainment and happily takes part in discussions about some of the more unusual topics of the day. Commenting ahead of the role Stefanie said: "I'm so delighted to be sitting next to Daithi on the other side of the studio. It's a great opportunity and something exciting to finish the Today season off with."

The last, but not least, guest presenter of Today will be radio presenter Trishauna Archer on May 25. Born in Kingston, Jamaica, Trishauna’s family moved to Ireland when she was 12 years old and she attained full Irish Citizenship in 2017.

Like Stefanie, Trishauna is also a fortnightly panelist in studio.  She wakes up the South-East each morning on Beat 102-103’s Beat Breakfast.

She said: “I’m beyond excited to be given the opportunity to guest present Today on RTÉ. I have been a panelist on the show for the past three years and always have such a great time talking about the stories of the day and having the craic with Dáithí, Maura and Sinéad. The whole Today team have welcomed me with open arms.

Representation is about showing every single person who calls Ireland home that they can achieve their dreams if they believe and work hard at it. I want that little brown girl sitting at home, watching TV to see me on that couch and to know anything is possible and nothing is out of reach.”

Maura Derrane and Dáithí Ó’Sé will be gearing up for summer on the show next month.  They will have summer-themed items across each week including the hottest tips for Summer beauty, BBQ tips and how best to prepare you gardens with colourful blooms.

Adhering to all HSE Guidelines, they will also be out and about around the country.  Dáithí will visit Skibbereen in West Cork, Maura will be in Dublin Zoo and trips to Co. Clare and Co. Donegal will also be showcased.

RTÉ Cork produces 11 hours of live television on Today each week. This season will finish on Friday, May 28.

Ahead of its 10th season on air next Autumn, Today and is teaming up with the RTÉ Concert Orchestra to find new Signature Music and a suite of production music.

Tune in to Today each afternoon at 3.30 PM on RTÉ One.