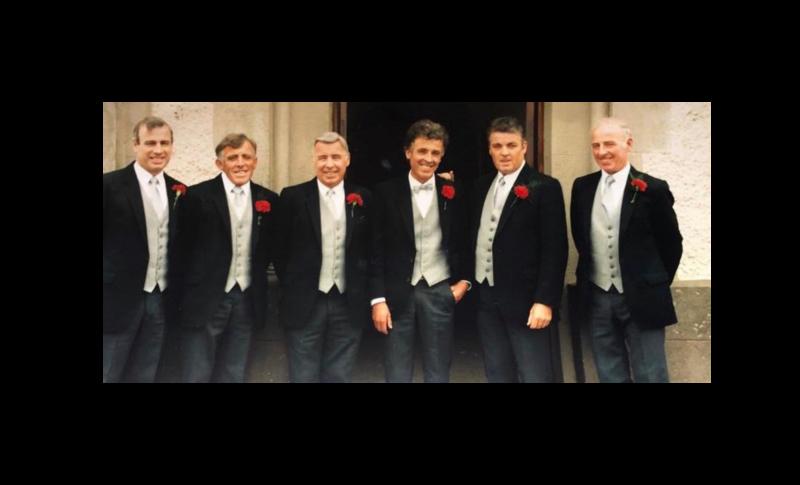 There was much sadness across north Longford and in Dromard on Tuesday, April 6, following the death of PJ Creegan, Crott, Moyne, the fifth member of the Creegan family to die since June 2020.

In June of last year, Seamus (Athenry) passed to his eternal reward, followed by Pat (UK) in September, Johnny (Crott) in December, Oliver (Cavan) on April 1 and PJ (Crott), five days later, completing the reunion in heaven and leaving behind hearts that are heavy with the loss of so many in such a short space of time.

The late PJ played for, sponsored and had a huge interest in Dromard GAA club and in Longford GAA right up until, and including after he became ill a couple of years ago.

He was also a great employer of young players down through the years in his agricultural contracting enterprise and was a good example to those young employees as his Christian values shone through in his work.

No matter how busy, PJ would never work on Sundays and he was markedly never one to curse or swear.

Separately, many people will also remember PJ for delivering milk to the creamery back when it was done by tractor and "creamery can" for the local farmers over a long period of time.

His blue Ford tractor and Massey Ferguson 65 clocked up an astronomical number of miles and indeed, years.

A very hard and diligent worker throughout his life, in addition to agricultural contracting and milk delivery, he was well known for his farming, love of nature, managing land, having quality cattle, and ability as a mechanic to maintain all his own farming equipment and machinery.

In the early 1970s, he dug all the roadways and laneways around Fostragh, Edenmore, Glenmore and Rathmore that were part of the substantial Fostragh Group Water Scheme.

Like his late brothers Johnny and Oliver, PJ was a great man for attending Dromard and Longford matches, often getting up in the small hours of the morning to get all his farm work done before travelling, in the past on his own, but in more recent years, with his brother Johnny and his neighbours, Phil Brady (RIP) and Pat Jones to Longford games.

In addition to GAA, PJ also enjoyed visiting friends and neighbours, playing cards with his local playing group in The Breffni Arms Hotel, and social dancing.

It has been an incredibly difficult and sad number of months for the Creegan family, losing five brothers. All were integral to Dromard club and they will be sadly missed from around the clubhouse, matches and club social events.

Dromard GAA, in a Facebook tribute posted, “The Creegan brothers will always be in our hearts and memories, especially whenever Dromard, Longford and GAA are talked about.”

The late PJ Creegan, Crott, died peacefully, at home surrounded by his loving family, on Tuesday, April 6. Predeceased by his parents James and Katie, by his sister Sarah and by his brothers Eugene, Michael, Seamus, Pat and Oliver.

PJ’s funeral left his residence on Friday, April 9 at 10.30am to arrive at St Mary’s Church, Moyne (via Dromard GFC) for Mass of the Resurrection at 11am, followed by interment in Colmcille Cemetery. May he Rest In Peace.