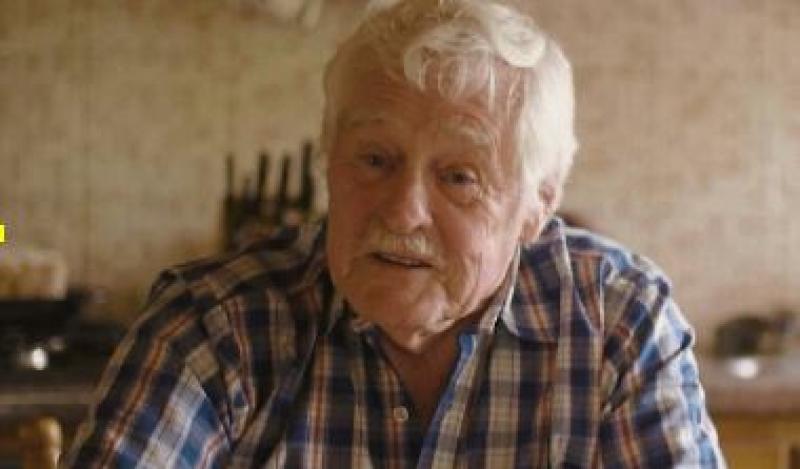 Sunday, April 4 was a sad day for those of us in the Scór Community and GAA in general when we learned of the sad loss of Johnny Hannify who passed to his eternal reward after a short illness.

Johnny participated in Scór in Westmeath for almost 40 years and for many years prior in his native Longford. Johnny who won All Ireland Scór Quiz honours with St Josephs GAA in 2003 and seven Leinster titles (6 Quiz 1 Leiriu) was certainly one of life’s characters.

A man of strong opinions and always willing to argue his point, you certainly could not ignore the colourful and enigmatic man who promoted Scór as PRO since the late 1980’s.

Johnny had three clubs in his time; his native Clonguish in Longford; Fr Daltons for a number of years and since 1991 with St Josephs. He was a talented underage footballer with Clonguish at a time when Longford football was riding high in the mid to late 60’s and he was rightly proud of the Green & white of his home club.

Johnny was well known in Mullingar where he worked with “The Westmeath Examiner” as a printing compositor for many years and he participated in the famous Mullingar Chamber Quiz where many quiz people in this area cut their teeth.

He always had a gra for Scór having participated in Longford and he first participated in Westmeath Scor with Fr Daltons from 1984 to 1990. In 1991 he along with his long time Quiz colleague Dick Stokes moved over to St Josephs where they along with Aidan Walsh participated in the Quiz for 30 consecutive years from 91 to 2020. Success took a few years to come but looking at his record since 1997 when a first county title was won, the record he accumulated is remarkable with 20 county titles.

Johnny was a member of Westmeath Scór committee up until the time of his passing at the weekend and was PRO for over three decades.

Johnny was passionate in that role and certainly his work in promoting Scór was exemplary with copious amounts of coverage during the Scór season each year. He produced numerous All Ireland Scór programmes from 1995 to 2010 when Athlone IT was the home for Scór finals during that period.

Johnny took great pride in his work as programme editor and always produced fine publications which are now collectors’ items.

He helped train many quiz teams over the years for many clubs and took great delight in recent years doing Quiz master at the Scór na bPaisti competitions in Westmeath. Though known mostly for quizzes, he always enjoyed Novelty Acts and took great pleasure in winning a county and provincial title in 2017 for St Josephs.

In June 2010, Johnny, who was born in 1947 and attended Melview NS and the former Longford VS, was interviewed as part of the GAA’s Oral History Project and you can listen back to that interview on GAA.ie

In the interview, Johnny said his earliest GAA memory was when he was three or four and his father bought him and his brother a football. His uncle played for Galway against Dublin in the 1942 All-Ireland final. Tom Dunne was on the Galway team.

I have known Johnny for almost 40 years and participated with him in quizzes since 1985 so it is difficult to write what is a very personal memory for me at this time.

His kitchen in Bishopstown was the centre of what could be loosely described as training for Quizzes.

Most of the time it was a few questions, plenty of yarns, discussions about politics and all areas of sport. Tea, cake and apple tart was always on supply so you certainly could not leave before 1am in the morning.

Johnny was predeceased by his wife Maureen in 2013. To his son Ivan, his adored grandchildren, his sister Betty and brothers Jim,Vincent and Christy we extend our sincere sympathies. He will be missed by all of us who knew him. God bless agus Slán. Go ndeana Dia grasta ar a anam dílis.