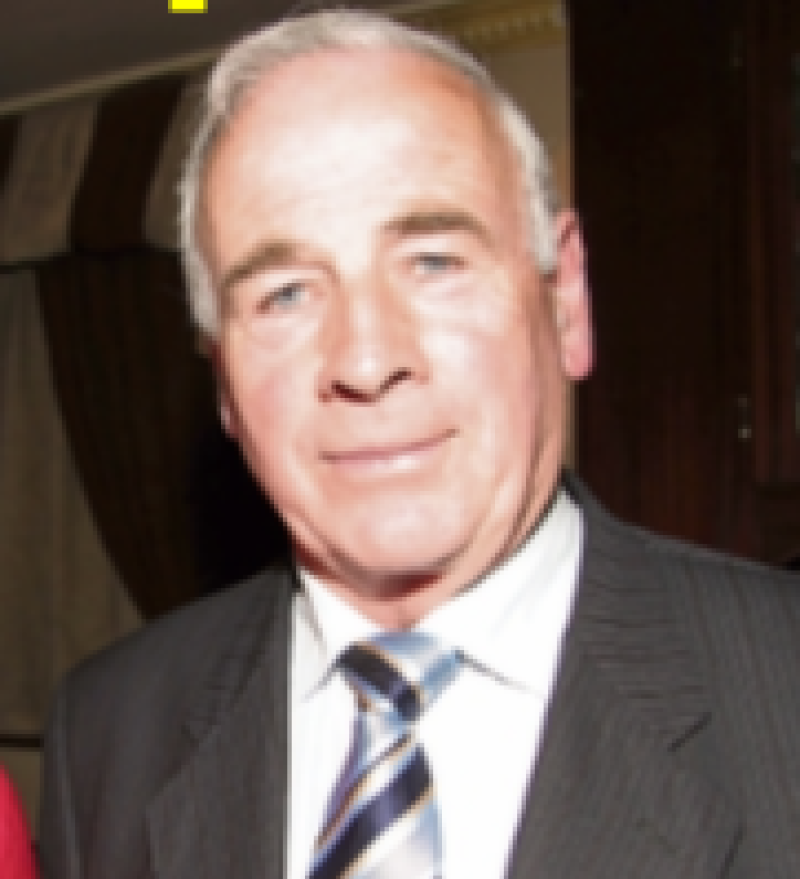 The death occurred, peacefully at his home, surrounded by his loving family, on Thursday, April 1 of Oliver Creegan, Carrickane, Cavan Town, Cavan.

Oliver is steeped in Dromard GAA tradition and the club posted a fitting tribute to him.
The club is deeply indebted to Oliver and indeed to the Creegan family for the huge contribution that they have made to Dromard GAA down through the years.

Oliver Creegan was born on March 29, 1942 to Jimmy and Katie Creegan (nee Farrelly), Crott, Moyne. His birthday was on Monday last.

He attended Pulladoey National School, Aughnacliffe, and then The Latin School, Moyne, before going on to study Agriculture at the Salesian Agricultural College, Pallaskenry Co Limerick, where he graduated in 1961.

Oliver went on to work with the Department of Agriculture from 1962 until 2006.

Oliver played minor underage football with neighbouring Colmcille GAA club in the early 1960’s as Dromard had no minor club at that time.

He played with the County Longford minors in the early 1960's.

Oliver played for the Longford Senior team in the mid-sixties and was on the famous Longford panel that won the National League in 1966. He is also the holder of an O'Byrne Cup medal.

After being transferred by the Department of Agriculture to Monaghan in the late sixties, Oliver won the Monaghan Senior Championship with Ballybay Pearse Brothers in 1969 beating Castleblayney 3-5 to 0-5.

Paul McCarthy from Ballybay explained that the big contenders in Monaghan at that time were Castleblayney, who had around seven county players in their squad. Although Oliver played cornerback, he was assigned to handle the key player on the opponent's teams, no small task giving the quality and experience of the opposition, "Ollie always played well no matter who he was assigned to marshall, and although a clean player, he was a tight player, he could more than take care of himself if the going got rough.”

The following paragraph was taken from the Anglo Celt’s coverage of that final.

"They (Ballybay Pearse Brothers) had a very strong full-back line in which Oliver Creegan captured much of the limelight time and time again. His clearances were crisp and sharp and he was always there when required."

Paul explained that Oliver was a legend and very highly respected in the town and that there is an air of sadness since the news broke and particularly among his teammates who are devastated.

Oliver was involved in the early stages of setting up the Credit Union in Ballybay and often chaired meetings in the late 1960's.

Work transferred Oliver from Ballybay to Athy, Co Kildare in 1970.

He played very briefly with Athy and then transferred clubs back to his beloved Dromard, commuting the long journey from Athy to Kiltycon for training and match fixtures.

Oliver won the famous Junior Championship with Dromard in 1970, their first significant victory in a long number of years.

He was a "stand-out player" throughout the campaign. He also won the Junior League with Dromard in 1970.

He continued to play with Dromard until the mid-seventies.

In 1980 work transferred Ollie to Cavan, which took him nearer to home.

In 1982 Oliver travelled and played with the Dromard team that toured New York, Connecticut and Vancouver.

In the mid-late 1980’s he became involved with Cavan Gaels underage club as his own family started playing.

"No matter what job he agreed to take on, you could be sure that it would get done without having to ask twice, he was very reliable, as solid as a rock, he was a lovely gentleman, a great friend, a great volunteer in the community, he created a lasting impression.”

He managed U16 teams and with Phil Cullen and John Beirne, and they also managed Cavan Gaels minor team to championship success in 1987.

Interestingly, Oliver's son Fergal is now a coach with Cavan Gaels and his grandchildren are now also playing with the Cavan Gaels club.

Oliver managed the successful Cavan Gaels Under 16 team in 1989. He was on the Cavan Gaels Minor Club Committee and represented the club at Cavan Minor Board meetings and School Board committees.

Oliver was Captain of Cavan Golf Club in 2006. He is also a former President of the club.

He was a ‘Hall of Fame’ winner with Ballybay Pearse Brothers GAA Club in 2017. He attended the event with his wife Patricia.

He also ushered in Cavan Cathedral and St Patrick and Felim Cavan, for several years.

He was involved with Cavan Social Services and delivered Meals On Wheels every Sunday for many years.

Oliver was a life-long supporter of Dromard GAA club and attended every match fixture possible up to the point where he was no longer able to do so.

When he was unable to attend matches, he would ring his late brother Johnny, who sadly passed to his eternal reward last December, for a full match commentary and analysis.

Oliver's Funeral cortege left his home in Carrickane on Easter Monday morning, April 5 at 10.30am, travelling via Golf Links Road & Farnham Road, to arrive at the Cathedral of Saints Patrick & Felim, Cavan for Funeral Mass at 11am. Burial took place afterwards in Cullies cemetery.