Seasonal ban kicks off on burning land and cutting hedges 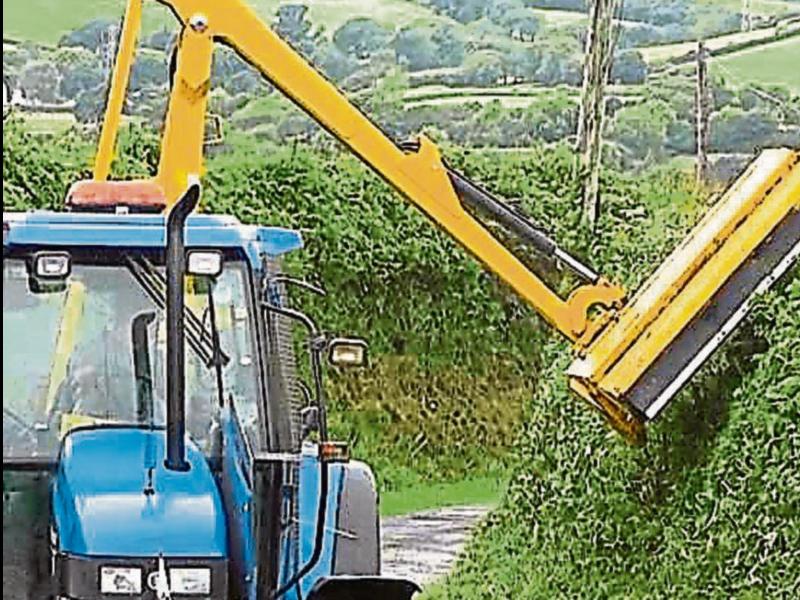 Seasonal ban kicks off on burning land and cutting hedges

Farmers across Ireland have been advised that it is now illegal to burn agricultural land or cut hedgerows with the start of the growing season.

The Department of Agriculture, Food and the Marine has issued advice to farmers and their advisors in relation to agricultural and eligible forestry land which is burnt during the closed season – that is 1 March to 31 August.

The Department has now activated its Fire Danger Rating System for the season and advises that Forest owners and managers should check and update fire plans and other relevant contingencies such as insurance, firebreaks, access and water points, and private helicopter contracts etc., so as to be prepared well in advance of high fire risk phases. Rural dwellers should also assess wildfire risks to their properties and prepare accordingly.

"Both farmers and the wider public, whether it be at work or in enjoying the countryside, should at this time of year be mindful of the damage caused by burning.  It is also more important than ever that no one should start an illegal fire in the countryside as such activity will cause the unnecessary diversions of emergency service resources.

"The Department asks all countryside users to be vigilant, to report any suspicious activity to An Garda Síochána, and to report any uncontrolled or unattended fires immediately to the Fire and Emergency Services via 112/999 service.

The Department has also reminded farmers of the negative consequences of burning land illegally.

"If you burn land after the 1st March: there is a risk of prosecution, such land is not eligible for payment under the Basic Payment Scheme and other area-based schemes, inclusion of illegally burnt land in the 2021 Basic Payment Scheme application may result in reduced payment and penalties under this scheme and the other area-based schemes, for example Areas of Natural Constraints Scheme, illegal burning can also render the land of your neighbours ineligible for payment, and where it is identified that lands were burnt during the closed season, this may result in such land being inspected by Department officials."

The Department also reminds farmers that the hedge cutting season closed as well on 1 March and will remain so until the 31 August. There is provision in the legislation (section 40 of the Wildlife Act, 1976 as amended by section 46 of the 2000 Amendment Act) for landowners and public authorities to address hedges for road safety reasons at any time of the year.

Land that is illegally burnt is ineligible for payment under the area-based schemes.

Applicants under the Basic Payment Scheme and other area-based schemes are obliged to comply with Cross Compliance which includes requirements in relation to the burning of vegetation and the consequential damage to designated land. Where an applicant is found, at inspection or on receipt of a Cross Report from NPWS, to have been responsible for breaching these requirements, a penalty can be applied to payments due under these schemes.

Land found to have been burned during the specified closed season for burning is considered automatically ineligible under the various support schemes.

A text message notification was also being issued to farmers .