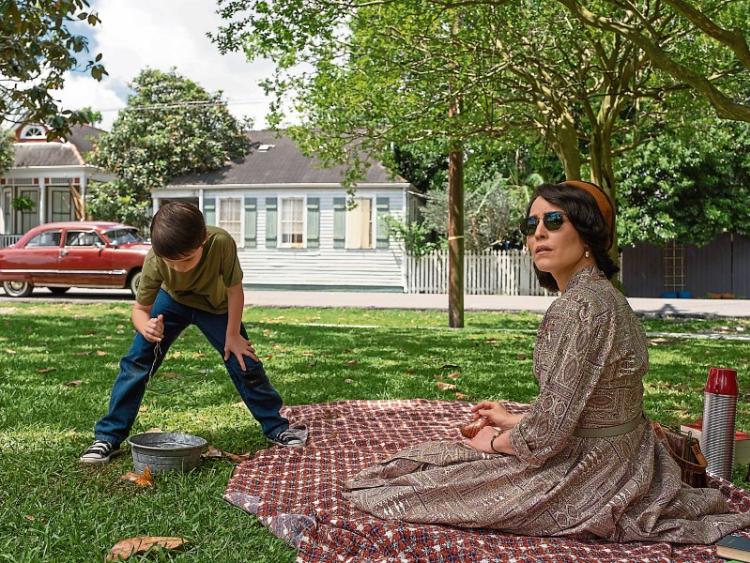 In 2021 Sky and NOW TV are bringing you more than 125 new Sky Originals, our biggest ever line-up of TV and film that you won’t want to miss.

For the first time ever, this year we’ll be bringing you 30 new Sky Original films and 30 new Sky Original documentaries, on top of our great drama, comedy, entertainment and arts series. Altogether that’s 50% more original TV and film than last year, packed full of great stories and your favourite stars.

Movie fans are in for a treat as Sky Cinema becomes the home of Sky Original film with at least two new original films every month and this is set to rise to one a week from next year.

With films for everyone to enjoy, there’s family favourites such as Extinct and Monster Family 2, films inspired by true stories and real people with Save The Cinema, Creation Stories, Six Minutes to Midnight and The Glorias, action adventures with Jolt and SAS: Red Notice, comedies with The Comeback Trail and Breaking News In Yuba County and thrillers with Antebellum.

And if real life, eye opening stories are your thing we’ve got you covered with Sky Documentaries, Sky Crime and Sky Nature. Our new Sky Original documentaries include an exploration of how Liverpool became the epicentre of a drugs boom that was to change Britain forever (Liverpool Narcos), a revealing look at newly discovered footage from the Chernobyl disaster (Chernobyl 86), a look back at Britain’s 40-year struggle with HIV/AIDS (Positive) and a forensic examination of the case of Jeremy Bamber and the White House Farm Murders (The Bambers: Murder at the Farm), executive produced by Louis Theroux and Aaron Fellows.

“This year on Sky and NOW TV we’ve got an epic variety of entertainment for everyone, adding a brand-new slate of Sky Original films and Sky Original documentaries to our line-up of award-winning drama, comedy, entertainment and arts series.

“If you love film, Sky Cinema is the place for you with the latest box office movies alongside our new and exclusive 30 Sky Original films, including A Boy Called Christmas and Save The Cinema.”

This bumper schedule for 2021 and beyond is part of Sky’s commitment to more than double its investment in original content by 2024. And work is underway on Sky Studios Elstree, our new state-of-the-art TV and film studio in North London, which is set to be the most sustainable in the world when it opens in 2022. We’re also making all future Sky Originals net zero carbon as well..

The new Sky Original TV shows and films announced are:

Babou Ceesay (Guerilla, Rogue One) stars as a lauded forensic pathologist in this new drama written by Paul Abbott (Shameless, No Offence, Clocking Off). Coming Autumn 2021

John Wyndham’s classic science fiction novel is given a modern adaptation for the screen by David Farr (The Night Manager). Coming in 2022

A propulsive action thriller about a man who keeps reliving the same day over and over again. Written by Joe Barton (Giri/Haji) and starring Paapa Essiedu (I May Destroy You), Tom Burke (Strike), Anjli Mohindra (Bodyguard) and Caroline Quentin (Men Behaving Badly). Coming in 2022

In the 1980s, Liverpool became the epicentre of a drugs boom that was to change Britain forever. With unprecedented access to some of the biggest players, this is the story of how drugs went mainstream and dealing became a multi-billion pound business. Coming in Spring 2021

Murder at the Farm: Using first-hand testimony and unseen archive footage to re-examine the shocking events at White House Farm, this documentary explores evidence that has emerged since the original trial of Jeremy Bamber. From Executive Producers Louis Theroux and Arron Fellows. Coming in 2021.

Positive marks Britain’s 40-year struggle with HIV/AIDS, through interviews with some of the earliest HIV patients and real-life heroes. Coming in Winter 2021

A psychotherapist in a small market town dispenses advice to his clients to suit his own desperate need to control them. Starring, written and created by BAFTA-winning comedian Greg Davies.

Russell Howard’s Antipodean Adventure: Russell Howard will be travelling around New Zealand and Australia in this new travelogue punctuated by stand-up comedy.

These new Sky Original commissions join returning comedy favourites Breeders (Martin Freeman, Daisy Haggard), Code 404 (Stephen Graham, Daniel Mays) Intelligence (David Schwimmer, Nick Mohammed), and Brassic (Joe Gilgun, Michelle Keegan), as well as BAFTA Award-winning A League of their Own (Jamie Redknapp, Freddie Flintoff, Romesh), The Russell Howard Hour and the previously announced The Deirdre O’Kane Show, which will begin filming as Live from Dublin’s Olympia Theatre this May. The show suffered a setback when Covid-19 struck but looks set to finally get underway with the same big names and is set to hit screens this autumn.

Samantha Morton, Jonathan Pryce, Adeel Akhtar, Susan Wokoma and Tom Felton star in this new British film based on true events. Liz Evans makes it her mission to stop her local cinema from being demolished.

A psychological thriller about a vulnerable mother-to-be who is taken in by her recently deceased boyfriend’s mother and stepson, who seem increasingly obsessed with her every move. Starring Fiona Shaw (Killing Eve), Tamara Lawrence (The Long Song) and Jack Lowden (Mary Queen of Scots, Dunkirk).

Written by Irvine Welsh and Dean Cavanagh, Creation Stories charts the true story of the rise and fall of Creation Records and its infamous founder Alan McGee, who signed generation-defining bands such as Oasis and Primal Scream.

A dark and twisted comedy that explores the outrageous lengths some people will go to in order to garner some much-desired attention. Starring Allison Janney, Mila Kunis and Awkwafina.

Emmy Award ® winner Eddie Izzard and Academy Award® winner Judi Dench battle to protect a group of students from the grip of Hitler in this World War II thriller.

Two movie producers who owe money to the mob set up their aging movie star for an insurance scam to try and save themselves. Starring Robert DeNiro, Morgan Freeman, Tommy Lee Jones and Zach Braff.

A terrifying new thriller with a kiss of horror from the producer of the acclaimed films Get Out and Us, starring Janelle Monaìe.

The Glorias is the female led story of feminist icon Gloria Steinem; known for her world-shaping activism, guidance of the revolutionary women’s movement, and writing that has impacted generations. Written and directed by Julie Taymor.

Every Breath You Take:

Academy Award-winning actor Casey Affleck stars as a psychiatrist who finds his life in turmoil following the sudden suicide of his patient. When he invites his patient’s surviving brother (Sam Claflin) into his home to meet his wife (Michelle Monaghan) and daughter, his family life and career are suddenly torn apart.

To free Baba Yaga and Renfield from the clutches of Monster Hunter Mila Starr, the Wishbone Family once more transforms into a Vampire, Frankenstein's Monster, a Mummy and a Werewolf. Starring Jason Isaacs, Emily Watson and Nick Frost.

The Secrets We Keep

In post-WWII America, a woman rebuilding her life in the suburbs with her husband kidnaps her neighbour and seeks vengeance for the heinous war crimes she believes he committed against her. Starring Noomi Rapace, Chris Messina and Joel Kinnaman.

A female driven action-comedy that follows Lindy (Kate Beckinsale), a bouncer with a murderous anger management problem that she controls with the help of an electrode-lined vest to shock herself back into normalcy whenever she feels homicidal. Starring Stanley Tucci and Laverne Cox.

All of these exclusive shows and films sit alongside aggregated content on Sky’s award-winning Sky Q platform, including shows and films from Amazon and Netflix, as well as apps such as Disney+, and FiiT.