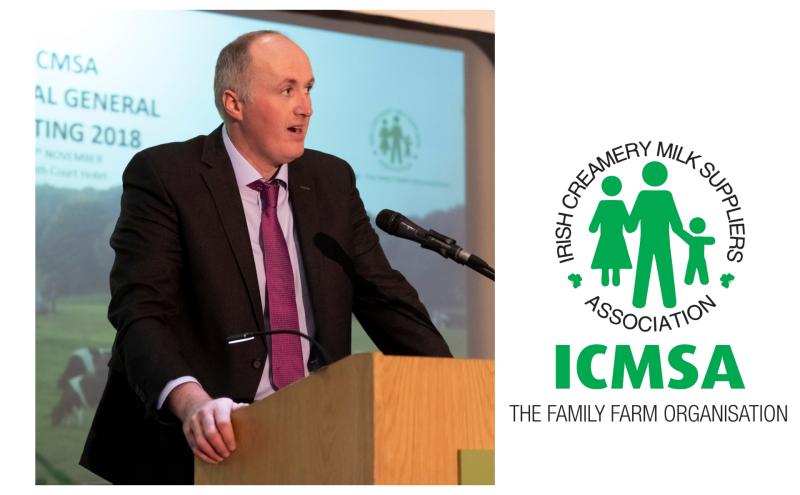 The President of ICMSA has said that farmers will “look very hard” at any decision on the part of the State to downgrade its commitment to indemnify landowners who have opened their lands to walkers against possible claims in favour of any kind of pubic insurance.

Mr. Pat McCormack said that it was difficult to believe that the Government’s reported preference for public insurance scheme to be operated by local authorities did not represent a very significant downgrade on the total indemnification of landowners against claims that had been previously discussed.

Mr. McCormack said that a number of factors needed to be understood and accepted by all parties to the question to avoid confusion and the waste of anyone’s time.

“The central point that has to be understood and accepted is that the only people actually conceding a right here are the landowners. If we move from that realisation forward then we understand that the response to dealing with possible claims arising from their concession of that right – access to their land – has to be one that meets the requirements of the landowners, first and foremost, and is fair to that group.

"After that, we can judge whether it addresses the concerns of the lawyers and the local authorities. ICMSA emphatically rejects the idea that there is any parity of consideration here: the people giving access to their property have to be absolutely satisfied with any arrangements and only then, and after that, should we be seeking the opinions of the other parties to the question.

"I can save everyone some time and work here by assuring them that – just speaking for farmer-landowners – we will never accept a plan for granting access to our land that does not remove us absolutely from even being the subject of a claim.

"Access to our land for the purposes of hiking, walking or any other forms of pastime should only be considered on the basis that any claim arising from individuals is strictly a matter between parties other than the landowner who gave access to his or her land.

"ICMSA will resist any attempts to make the landowner any part of any claims arising from a process that has had the state and various bodies pressurising farmers to give access to our land to others for the purposes of their leisure.

"As far as we are concerned – and as far as any reasonable interpretation would be concerned – in those circumstances any claim is exclusively a matter between the state and the individual claimant – and just them”, said Mr McCormack.

Mr McCormack said that landowners across the country have been participating in various walking initiatives and - if the Government is intent on maintaining this goodwill and progress – then they cannot suddenly decide to back down on their commitment on a national indemnification scheme for landowners.
The commitment must be delivered upon," he concluded.