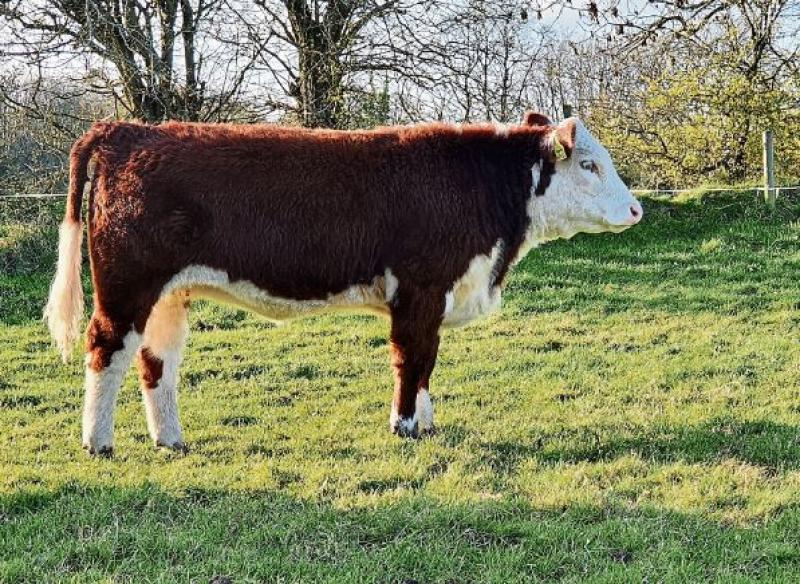 The Irish Hereford Breed Society and in particular the North Leinster Hereford Branch and Irish Hereford Prime are delighted with how successful the National Hereford Calf Show 2020 turned out to be, with over 110 entries received for 11 classes and a strong show of top quality Pedigree Hereford & Hereford cross calves entered across the board.

This virtual event is the first of its kind for the Society and has been very well received and supported.

Local Success
There was great success for one local breeder duo; Edwin and Robert Jones of Keenagh Herefords from Kenagh, Co Longford. The pair entered a February 2020 born heifer who was initially crowned the winner of; Class 3: Heifer born on or between 1st January 2020 & 31st March 2020 by the judges.

Following on from the class winners being announced, the championships were opened up to a public vote which seen the Solpoll 1 Kentucky kid sired heifer; Keenaghpoll 1 Rocket Roxie, taking home the Allsure Junior Female Championship before finally being crowned; Supreme Female Hereford Calf Champion 2020!

Huge congratulations & well done to all who entered and placed in the competition including Supreme Male Hereford Calf Champion 2020; Rathregan Bonanza, bred by Val Ledwith from Co. Meath. Full show results can be found at nationalherefordcalfshow.ie.

All three judges executed the tough task flawlessly which was no easy feat with large entries in many of the classes and are owed great thanks and appreciation.

Sponsors
The Society would also like to thank their generous sponsors, who kindly donated prizes despite this turbulent year and appreciate that without their kind support an event like this wouldn’t be possible;
Moocall, Allsure, Herdwatch, Dectomax, Irish Hereford Prime.