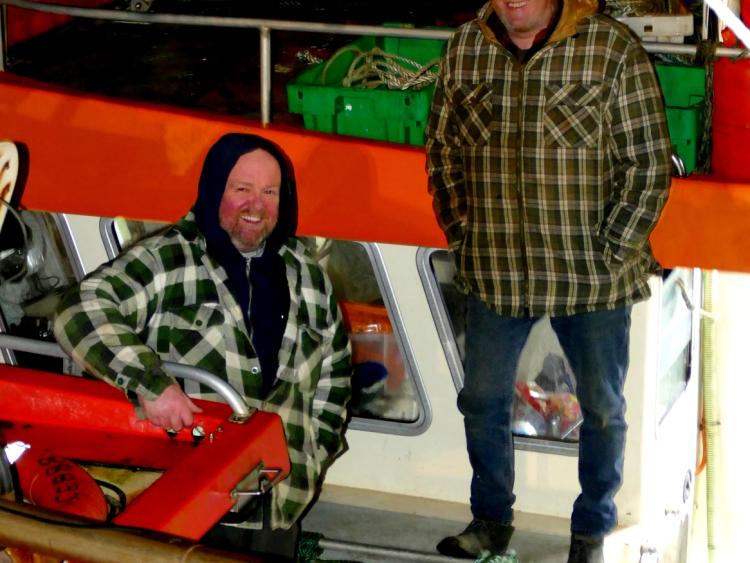 An Inishowen fisherman has accused the Government of creating a hard border on the island of Ireland "in direct contravention of the Good Friday Agreement (1998)".

Speaking to Donegal Live, Darrin McAvenue from Moville said the Sea Fisheries Protection Authority (SFPA) was attempting to force up to 40 fishing vessels from around the peninsula, to land their catches at two “designated” harbours only, Killybegs in Donegal or Castletownbere in Cork.

In common with many Inishowen fishermen, including his brother Derek who lives in Malin Head, Darrin McAvenue's vessel is registered in Coleraine.

He explained: “However, there is no suitable harbour over there. We fish to five miles out of Greencastle, up towards the Northern Ireland waters. We have to have a Northern Ireland licence to fish and then we come and we land our product in Greencastle. I have been landing catches in Greencastle for the past 15 years without any problems.

“Some of our product goes to Rooney's Fish in Kilkeel and some goes to Atlanfish in Carndonagh. We are registered in Coleraine and our home port is Greencastle.

“However, we were informed on Monday evening, the SFPA is now denying Northern Ireland boats access to any ports in the Republic of Ireland except Killybegs and Castletownbere. We are only a small boat, so to have to steam around to Killybegs is just not feasible. We are a day boat. It would take us a day going to Killybegs and a day coming home again.

“In Inishowen, I'd say more than 40 boats would be affected by this ruling and whatever crew and family members on top of that. It is going to be a lot of people,” said Mr McAvenue.

A clearly angry Mr McAvenue said since the beginning of the Brexit negotiations, he had been listening to the central tenet that the Good Friday Agreement had to be protected. 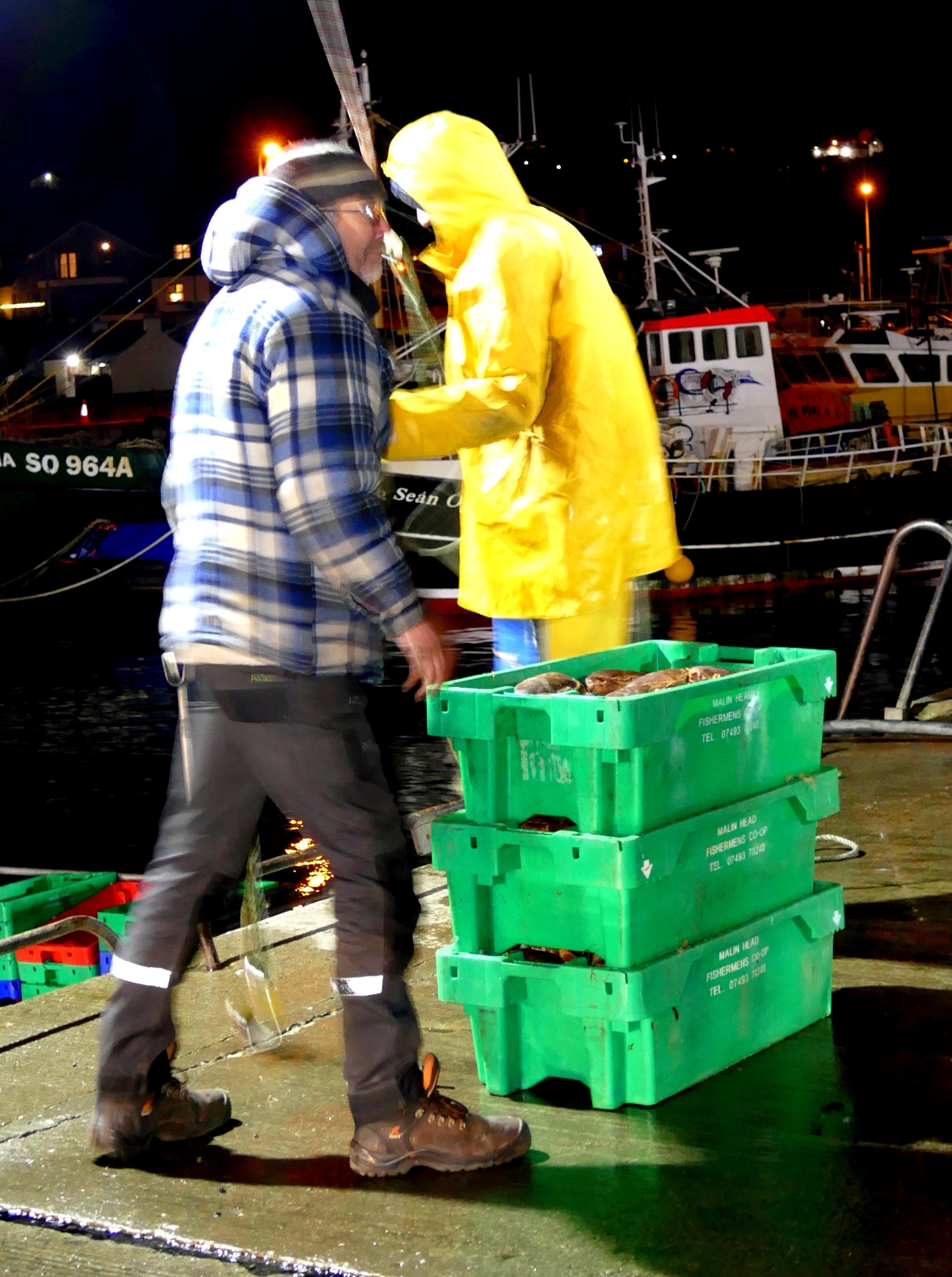 Skipper of the Irish Registered 'Crystal Dawn',  Liam O'Brien, lends a hand to his fishing colleagues at Greencastle Pier

The fisherman added: “I want to keep this as simple as possible. We have heard for the last four years, since this Brexit thing started, how the Good Friday Agreement had to be protected.

“We could not have a hard border. We had to keep a frictionless border, on the island of Ireland. The Good Friday Agreement was an international agreement and had to be respected. Politicians, all the way up to United States president-elect Joe Biden, warned the UK if it did any harm to the Good Friday Agreement, there would be no United States – Britain trade agreement.

“I just cannot believe that the people who are turning around and creating the hard border on the island, is the Irish Government. I am an Irish person, with an Irish passport, I have a Northern Ireland registered fishing boat but, under the Good Friday Agreement, it is supposed to be considered equal.

According to Darrin McAvenue, fishing vessel crews have also been prevented from using the facilities at any ports except Killybegs and Castletownbere.

He added: “We also have a small oyster boat but we were told we we cannot land them at Greencastle either. We have to go to either Killybegs or Derry to land them.

“We land to Rooney's and Atlanfish and they cannot get their lorries over the piers in Portrush or Portstewart so we cannot land there. They want us to drive past Greencastle, probably against the tide, up to Derry, which takes two and a half or three hours and then come back down again. Over and over, day after day. I am thinking about that carbon footprint.

“We feel that we are being used as some kind of a pawn or used as ammunition in some other fight they are having and it is not fair because you are dealing with people's livelihoods here,” said Darrin McAvenue.

A defiant Darrin McAvenue said his and the other Coleraine registered boats were fishing yesterday (Tuesday) and they landed their catches at Greencastle and Glengad, Culdaff and Malin Head.

He said: “The fishermen have told me they do not have any choice because they need to pay the bills. If we are going to be  arrested, I will phone the Minister for the Marine. After all, we have been landing in Greencastle for the last 15 years, with no problems.”