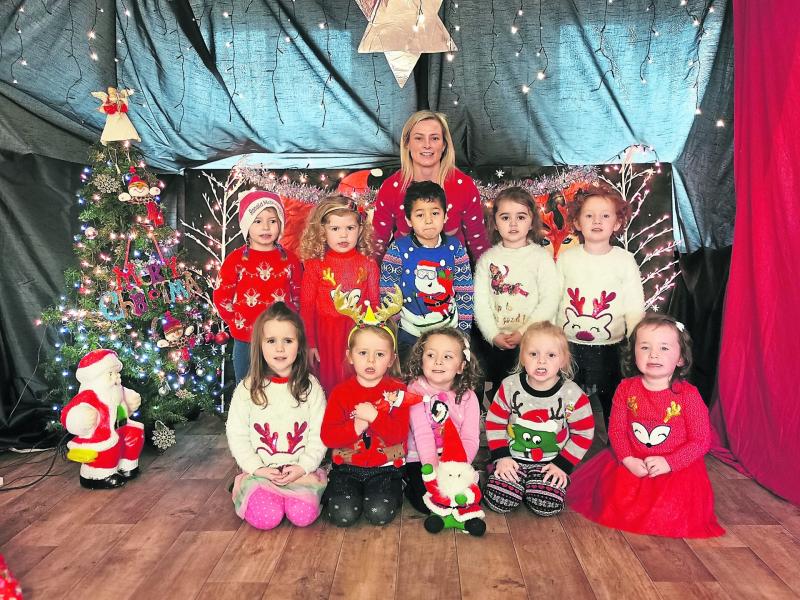 The children of Little Rascals Corner, Aughnacliffe and childcare assistant Edel Nolan pictured in their Christmas jumpers ahead of the Late Late Toy Show

A leading construction firm is to create 100 new jobs in Longford, the Leader exclusively revealed in December.

Framespace Solutions, a company involved in the establishment and manufacturing of metal housing systems, announced the plans this week as part of an overall €7.5m planned investment drive.

The deal, which is backed by Enterprise Ireland, has seen the firm take over a 110,000 sq ft facility at the county town’s former Cameron Willis site which closed in 2016.

Chief executive Declan Murtagh said an initial 30 new posts, some which involved staff transferring from its former Co Roscommon headquarters, would be in situ by the end of January with 100 full time positions coming on stream within 12 months.

“We have a wide variety of jobs from semi skilled or factory operatives to high end designers and 3D rev technicians and structural engineers to design our product,” he said.

The Mayo native added a full and extensive recruitment drive as well as PR campaign would likely get underway early in the new year as the firm looks to cement its foothold in Ireland’s social and affordable housing market.

Mr Murtagh said, “We had committed to this from November and December last year, the money and investment was in place and there were people who wanted to get us up and running.”

Mr Murtagh also took time to single out the input of Trade Promotion Minister and Longford-Westmeath TD Robert Troy alongside that of Head of Local Enterprise Michael Nevin, both of whom are understood to have been instrumental in bringing the deal to fruition.

Scores of jobs in Longford and operations at local timber giant Glennon Brothers were deemed to be at risk in December because of an escalating backlog in forestry license applications, it has been claimed.

Senior bosses at the Longford based firm warned of the grave consequences facing an industry which is now facing arguably its biggest challenge in several decades.

Managing Director Pat Glennon said the situation has become so acute, the company has been forced to import logs on an almost daily basis in order to keep sustainability levels going.

People are “milking” Longford's judicial system by openly choosing to go to prison rather than pay court imposed fines, a special Leader investigation has found.

According to a series of documents released to this newspaper, hundreds of thousands of euro are going unpaid each year with over two thirds of monetary sanctions issued at Longford District Court level yet to be recouped.

Four Longford schools were awarded close to €280,000 in December under the State's Summer Works Scheme.

Longford-Westmeath Fianna Fáil TD Joe Flaherty said the monies would go a long way towards facilitating “ much needed improvement works at the schools”.