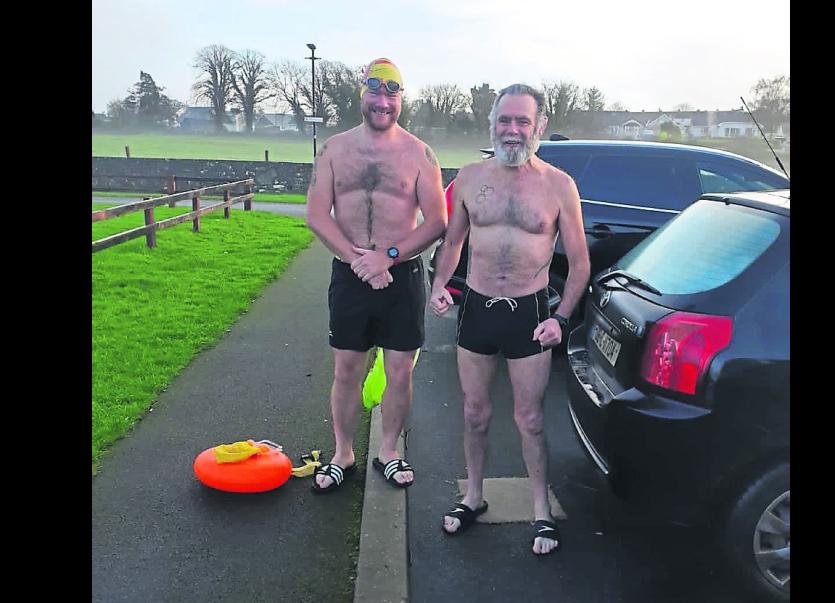 An ice mile is so categorised when the water temperature is below 5° degrees Celsius and the swimmer, wearing only regulation togs , one swim hat and goggles complete a full mile ,1609 metres, without stopping under 45 minutes and exit the water unaided.

Colm and Ger founded the group in 2017 as both have been competing in open water swimming events throughout the country for years and were also active winter swimmers.

Initially there were just a handful of hardy individuals but gradually the group grew and has over a hundred members now.
The Orca group swim daily in open water and due to Covid 19 has pods swimming in Lanesboro, Portrunny, Strokestown and Tarmonbarry where swimmers can meet safely and swim.

As far as I know this was the very first time that the Ice Mile has been swam in Lanesboro.

The Orcas regularly liaise with similar groups throughout the country and plans are afoot already to have other swimmers visit this area when restrictions allow.

Many participants of extreme swimming are very anxious to visit as the temperatures here are lower than many other areas, particularly coastal, so those few who have specifically trained to complete an Ice Mile have difficulty finding water lower than 5 ° degrees.

The Orcas enjoy a wide range of swimmers from dippers, occasional swimmers and serious swimmers whether in wetsuits or in skins (non-wetsuit) and simply wish to provide an outlet for anyone who wishes to experience the joy of open water swimming.