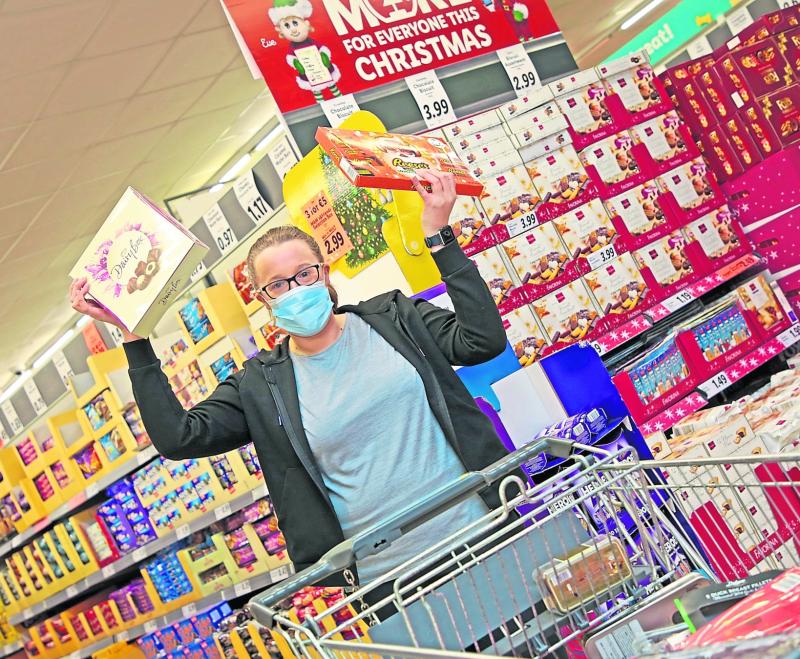 Pictured at Lidl's 6th and most successful annual Trolley Dash which raised €310,000 for Jigsaw this year is Lidl Longford Customer Trisha Mooney who managed to grab €274.65 euro worth of goodies

Patricia, from Ardagh managed to grab more than €274 worth of Christmas shopping at the Lidl Longford store with little more than a week left until Christmas!

Patricia was one of 167 Lidl shoppers across the country, who won the opportunity to dash around their local store in a Supermarket Sweep style competition!

Each winner had 2 minutes to fill their trolley with as many quality Lidl products as possible from festive flavoured soups to mince pies to turkeys.

With fundraisers compromised this year due to the pandemic, the funds raised from initiatives such as Lidl’s Trolley Dash are paramount to charities and their service users.

The €1 Trolley Dash tickets were sold in Lidl stores across the country from November 16 - 29 with all proceeds being donated to Jigsaw, Lidl’s charity partner.

In County Longford alone more than €2,000 was raised for the charity with a total of €310,000 being raised nationwide.