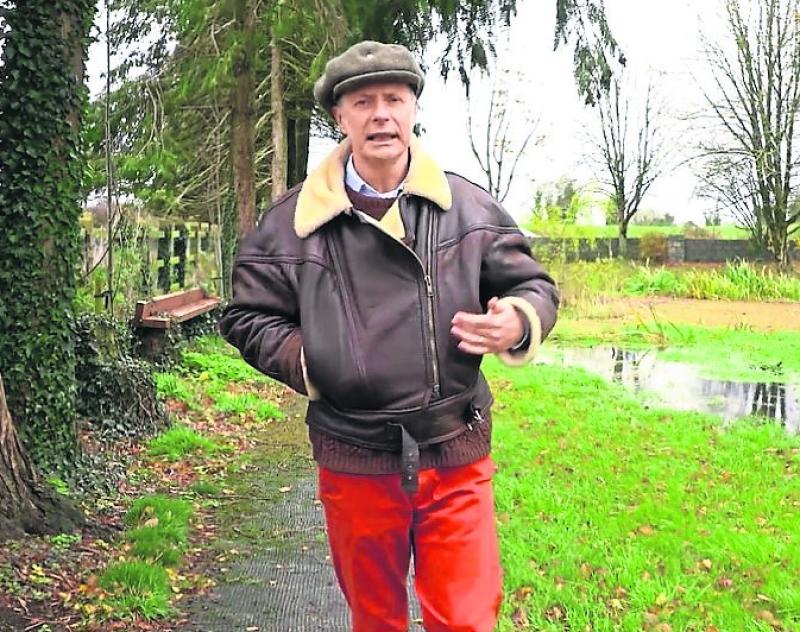 Oliver Goldsmith’s enduring legacy on the landscape of south Longford and Westmeath was saluted at the 36th annual literary festival in his honour on the weekend of November 28 - 29.

The unique virtual event – which featured diverse contributions from six speakers - journeyed back in time the mid-1700s to visit the birthplace of the novelist, playwright and poet’s in Pallas, Co Longford, where he spent the first four years of his life.

Donall Mac An Bheatha, senior planner at Longford County Council and Goldsmith enthusiast brought audiences to the site of his family home which has been redeveloped into a remembrance garden where a famous sculptor of the 18th-century Irishman has been erected in recent years.

“This area, this landscape, its surroundings provided the first layerings of Oliver Goldsmith's formation.

“The Inny River, the bogs, the lakes, the busy mill, the local workers, the church all began to stimulate his mind and his brain.

“He moved from here to Lissoy in Co. Westmeath where he grew into a teenager before going to Trinity College Dublin.

“He came back and lived in Lissoy and Ballymahon until his early twenties when he began his journeys across the continent - eventually moving to London where he achieved his literary fame.

"Oliver is very much not forgotten, he is alive in our landscape.

“His philosophy and politics were formed by his understanding of the hard lives that the poor people and farmers of this region endured. And his writings are very much a reflection back to his humble origins,” said Mac An Bheatha.

Seamus McCormack, who founded of the Oliver Goldsmith International Literary Festival in 1985 outlined the primary means behind the establishment of the now third-oldest literary festival in Ireland.

“The two main objectives of setting up the original summer school were to create awareness of Oliver Goldsmith and his writings and to develop this part of the country of south Longford and Westmeath as a major cultural attraction.

“We promote it on the basis of ‘culture and craic’ because Oliver Goldsmith was a man who liked a bit of ‘craic’ – not alone was he a major poet, playwright and novelist, but he was also known as a drinker, a womaniser and a gambler often referred to as a ‘rounded individual’ in that respect, but unfortunately he died at the age of 45 in 1774.

“We have attracted anybody that has carried out research on Goldsmith in the last 60 years to give talks at our festival which is held on the first weekend of June every year – we’ve had speakers from Canada, Japan, Austria, the US as well our Irish contributors,” McCormack said.

Internationally renowned Goldsmithian scholar, Professor Michael Griffin of the University of Limerick, has joined the festival committee and also spoke at the online event on the upcoming 250th publication of Goldsmith’s most-famous poem.

“It’s important that the scholarship on Goldsmith and the means by which people have access to his works are updated and to that end myself and colleagues in Trinity College Dublin and the University of York in England will be editing new editions of his work – including his poems, his novels and his collection of letters.”

Arthur Conon chairman of the Oliver Goldsmith International Literary Festival thanked all those involved in the 36th annual event.

“We’re delighted with the success of our first venture into the online world; the response was extremely positive. Our ability to interact with a much wider audience is something that we will continue to promote in future events.

“We are confident that we can adjust our format to whatever requirements are needed for such events next summer,” Conlon said.