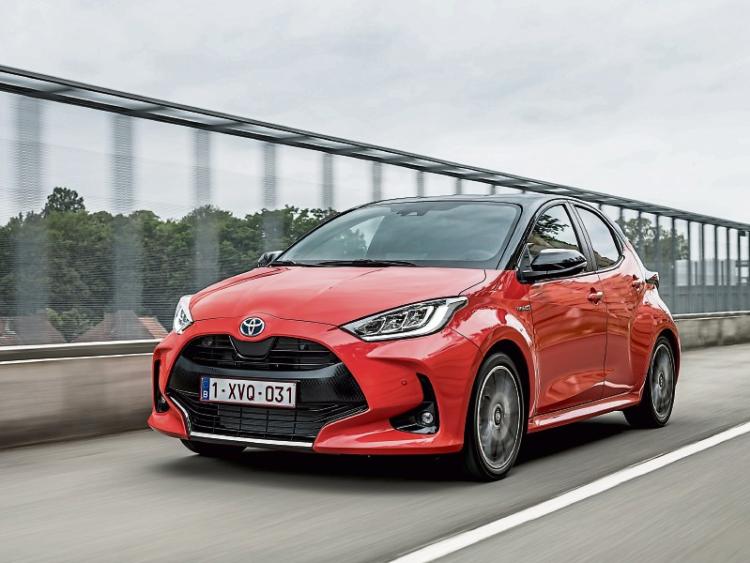 The AUTOBEST jury -consisting of 31 members from major European automotive publications- has recognised Toyota for including this leading development in one of its smallest cars, the new Yaris, thereby continuing the democratisation of leading safety technology.

The new Yaris, based on the new GA-B platform, has been designed and developed with all the latest safety measures, including a strong and stiff body for best protecting the occupants.

Designed to be the world’s safest compact car, the new Toyota Yaris is also to be equipped with SRS centre airbags.
Fitted as standard, these deploy in the event of a side impact to help prevent the driver and front seat passenger colliding with each other.

The new Yaris is also equipped with the latest Toyota Safety Sense and is the first Toyota model to be fitted with the most advanced system. Standard features include Pre-Collision System (PCS) with a Pedestrian and Cyclist recognition function, Lane Departure Alert (LDA), radar based Adaptive Cruise Control (ACC), including Lane Trace Assist; as well as Advanced Driver Assistance Systems, like Emergency Steering Assist and Intersection Assistance, a first for any Toyota model.
It is the second time that Toyota has received the SAFETYBEST award.

The previous award win was in 2017, for the implementation of Toyota Safety Sense (TSS) as standard across the line-up. TSS is not only standard on all Yaris models, but so too are Advanced Driver Assistance Systems, demonstrating that safety is fundamental to any new Toyota.

This award highlights Toyota’s commitment to passenger and vehicle safety and showcases Toyota Ireland’s brand promise of ‘Built for a Better World’. Toyota Ireland remains focused on making a tangible difference for Irish families across the nation, and above all else, aiming to create a better world for future generations.

The new Yaris is also on the list of finalists for the `AUTOBEST 2021 –Best Buy Car of Europe` award.
Steve Tormey, Chief Executive of Toyota Ireland commented on the announcement: “We are extremely proud to have been awarded the SAFETYBEST 2020 prize for the Toyota Yaris.

“At Toyota, we are fully committed to democratising the highest levels of safety across our full range of vehicles, regardless of size or cost point.

“With the latest safety measures featured in the new Yaris, such as an even more advanced Pre-Collision System, Lane Departure Alerts, and centre airbags, we are providing further peace of mind to drivers and passengers through the integration and standardisation of these advanced, safety systems.