‘Something Old, Something New’ for Ballinamuck native and country music star Mick Flavin 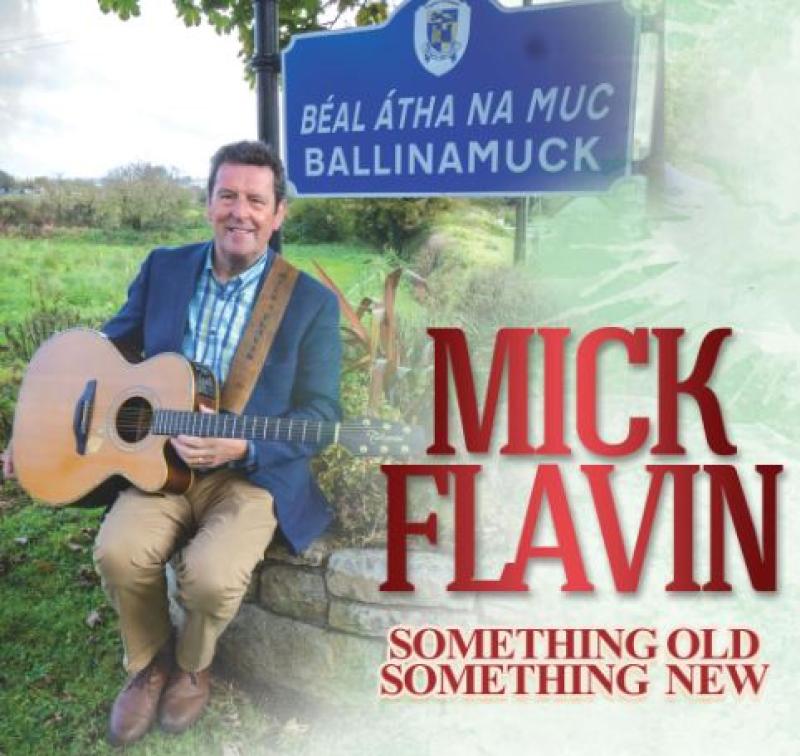 Mick Flavin is undoubtedly one of Ballinamuck's most revered and successful sons.

A leading figure on the country music scene for over 30 years, the affable father of two has just released his 24th album to entitled 'Something Old, Something New'.

Featuring no fewer than 18 tracks, Flavin's latest compilation features a combination of old songs, some original and the remainder are favourite songs of his own.

The finished product is the result of the north Longford native's desire to keep busy during a prolonged Covid-19 enforced lockdown and which involved the renaissance of Flavin's very first cassette.

“Declan came to me and said I should do a cassette, but at the time I wasn't really that interested as I was working as a carpenter with Longford County Council.”

Having initially recorded two tracks, the eventual outcome contained ten tracks, nine of which were re-recorded as close to the original as possible.

Two, in particular, are particular favourites of the man behind the mic.

“'Home in Longford' is a beautiful song written by a man called PJ Murrihy who lives down in Mullagh.

“We put it out six or seven weeks ago as a single and it was absolutely played off the air both here and around the country,” he added.

Another is a newly compiled trackpenned by Donegal's Shunie Crampsey called 'What More Is There To Know'.
“It's a lovely song,” implied Flavin.

“He ( Shunie Crampsey) wrote a song for me in 1987 called the 'The Hard Times Lovin' Can Bring' about a fella who was away from home and missing his girlfriend.”

The album itself was officially released on November 19 and has already attracted orders from the US, Canada and Australia.

It's a welcome tonic for Flavin who is currently resting up following an operation on his right leg.

“It's very tough for everyone at the minute,” said Flavin, when asked how the impact of Covid-19 was impacting on the music and entertainment industry.

“Hopefully the vaccine comes in soon,” he opined.

“It's a terrible time and people who love to go out and dance and concerts.

“I miss it terribly and so do the people who love country music who are fantastic people and just pure salt of the earth.”

To order your copy go to www.mickflavin.co.uk and follow the link or send your details together with cheque/postal order for €20 to Mick Flavin Schoolyard Records, Drumlish, Co. Longford. The new album is also available from Dennistons Music Store in Longford and Fox’s Gala Store in Ballinalee.