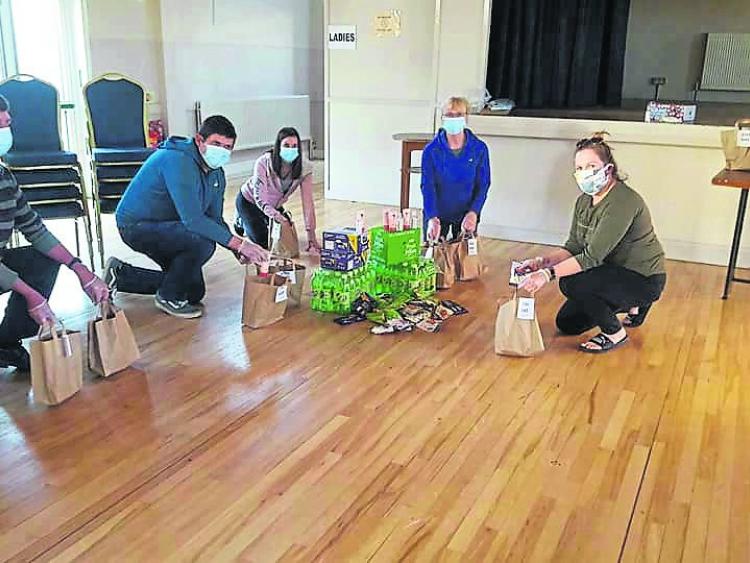 The ongoing public health emergency that is Covid-19 may have dominated much of 2020, but for a key community orientated body located in Drumlish and Ballinamuck, the year will be one which looks destined to live long in the memory.

Its chairperson Paddy Howe said the group were still pinching themselves over an accolade which he believes was the culmination of several years of painstaking behind the scenes work.

“It was the first award we have received of any kind and we are in operation a long time, maybe ten or plus years,” said Mr Howe.

News of the honour gained noteworthy attraction online with the group revealing details on its own Facebook page.

“So proud to receive an award today from Volunteering Ireland,” read a post.

“Our group of volunteers have worked hard through 2020 and for many years before.

“This nomination from the general public is greatly appreciated.”

The local community activist, who also occupies the helm of Ballinamuck Enterprise Group, alluded to the type of work he and other members of the area's First Responders are involved in.

“How it works is we get a text from the National Ambulance Service to attend cardiac arrests and we have also been called to certain road traffic accidents,” he said.

“It's really all about giving people the right CPR until the ambulance arrives.”

A key component in the group's rise to prominence and catalyst behind its award is rooted in how it has managed to train around 100 locals between both villages in providing CPR.

A free service and all undertaken via voluntary means.

Mr Howe said the need for such a service to be provided in what is a predominantly rural area has also brought with it the addition of a posse of defibrillators which are the envy of many other parishes.

“We fundraised to put in place ten automatic external defibrillators and anyone who is trained in can go and start CPR as soon as possible,” added Mr Howe.

Wholesome recognition was also thrust in the direction of Longford County Council who, Mr Howe added, had been more than forthcoming in offering financial support over the years.

It's a partnership that, in spite of all the negative furore surrounding the ensuing pandemic, is a shining example of the progress which can be made when communities and state bodies work hand in hand.