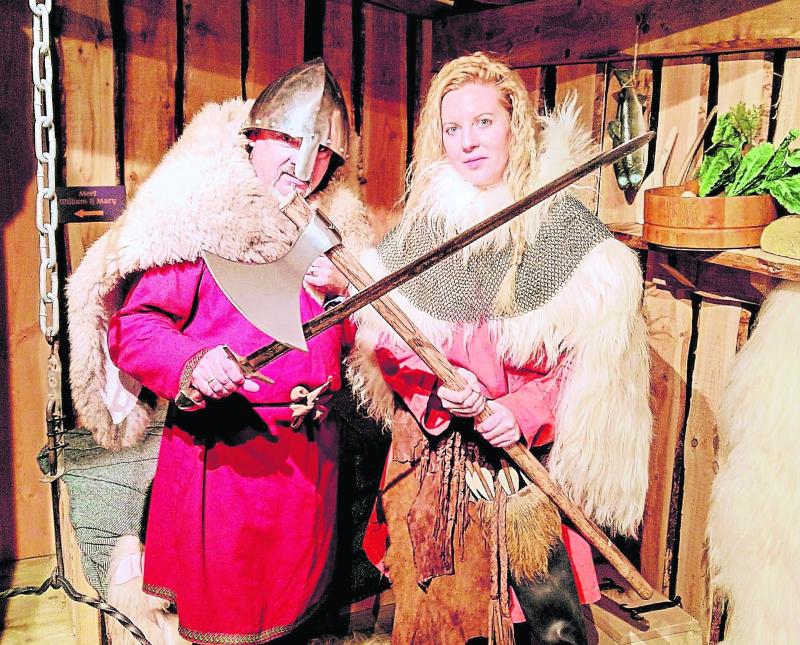 Christmas can’t come any sooner for Granard’s Knights and Conquests Visitor Centre, arguably the most exciting prospect to have emerged from the north Longford town in recent years.

Like so many of its ilk, this state of the art tourism and educational oriented facility has been forced to remain closed to the public eye for the best part of six months.

Not that it has prevented the diligent work which has been going on behind the scenes, led by its manager Bartle D’Arcy and Déirdre Orme in helping to spread the centre’s cause to as wide an audience as possible.

Only last week, the Leader carried details of how it had won a customer service excellence award with Fáilte Ireland.

Now, and with that accolade under its belt, the focus has switched to its long awaited post lockdown re-opening and Christmas festivities.

Heading up that charge is a novel Celtic Christmas initiative tinged with a Norman feel and which features both a Holly King and Winter Queen.

Children who, along with their parents, attend will be treated to a world of delights and even made a knight of the forest as part of their interactive journey.

All visits will be managed in designated time slots and in keeping with social distancing and public health guidelines rules.

Alternatively, families and members of the public can avail of a zoom alternative, all of which is set in a forest glade and offers the chance for young and old alike to bask in the innovative delights of this contemporary and forward thinking centre.

And, even taking into consideration the two lockdowns, the centre has still managed to rack up more than 50 overwhelmingly positive reviews on TripAdvisor.

With the promise of a cutting edge multi million euro outdoor Norman village looking like being added to its appeal over the next 12 months, a trip to take in and bask in the atmosphere of Granard’s Knights & Conquests Visitor Centre is an absolute must this festive season.

Tickets for its Celtic Christmas event go on sale from 9am on December 1 and can be purchased via the centre’s website knightsandconquests.ie