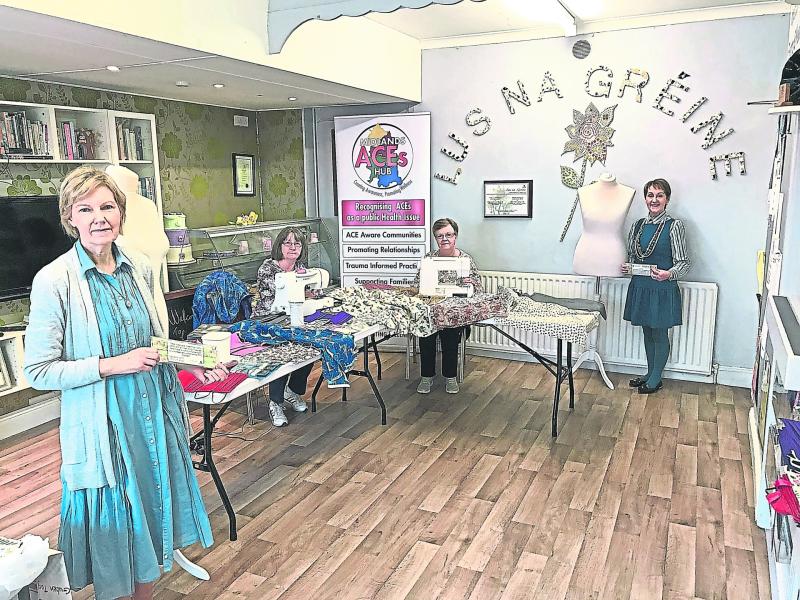 Despite the prevailing uncertainty surrounding the ongoing Covid-19 pandemic, it has been a busy past 12 months for Granard’s Lus na Gréine Family Resource Centre.

Readily viewed as being very much front and centre of community life not just in Granard, but in its surrounding environs, the facility has more than played its part in providing a beacon of societal hope for locals.

It’s manager Eileen Finan has been a mainstay behind those endeavours and was something the long serving community activist insisted was very much a collective effort.

“We were part of a team in Granard that came together and it was great to see so many different organisations working as one with the help of voluntary support groups which was a big help,” she said.

Ms Finan accepted the year that was 2020 offered up one of the most challenging periods in recent memory, but was one which also threw up plenty of previously unforeseen openings.

“What it (pandemic) did do was it allowed us to connect with older people and people we maybe wouldn’t have met previously.”

“We also had outdoor summer programmes for children and people and that was particularly insightful as it was the first time children had been able to come together in groups before going back to school.”

Ms Finan said the initiative, together with the help of a Longford County Council backed project, revealed just how the public health emergency had impacted north Longford’s generation of tomorrow.

“We certainly learned a lot about how they were feeling and how Covid impacted them before going back to school and we did a project with Longford County Council which represented their views,” she said.

Aside from its assiduous outreach support, the centre has not been found wanting in adding to its already eminent repute after its youth club claimed a prestigious honour at the National Garda Youth Awards in October.

That was accompanied by its runners up spot which it clinched in the Bank of Ireland Begin Together awards, a feat which saw it secure €5,000 for the local community.

Add in the exciting prospect of a new youth building the centre has recently procured through the aid of Longford County Council, it’s not hard to see why Lus na Gréine is very much at the forefront of all that is good about community life in north Longford.