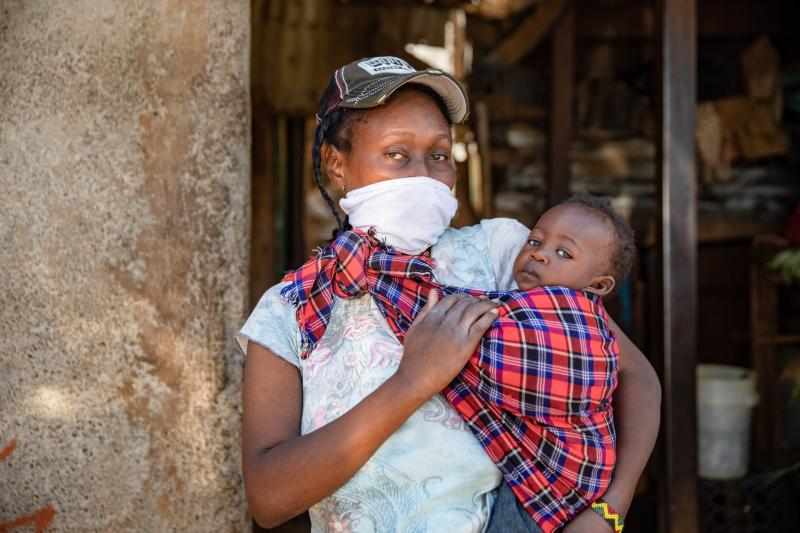 Baby Charlyne and Margaret Wanjiru in the alleyway outside their home in Kibera, Nairobi

Longford people are being asked to help an Irish humanitarian organisation provide urgent food aid to children facing this Christmas with nothing to eat in the world's poorest countries.

They said the Covid-19 crisis has caused a new “hunger pandemic” by leaving millions more people with no money to buy food and other needs for their families after losing their jobs and having no additional financial supports to help them survive.

“There is nothing more deafening than the silence of children suffering from hunger,” said Concern’s International Programmes Director, Anne O’Mahony.

“When a severely malnourished child is brought to us, they often lack the ability to even speak or cry. It is something nobody should have to experience and it is shocking to witness.

“This should not be happening in 2020 or any year, but the reality is that the number of people who are food insecure is projected to almost double from 135 million people at the start of this year to 265 million by the end of 2020.

“Despite this, there is hope and the Irish public have always been there to help by providing donations and support so that we can keep these children alive and see them smile and laugh again. Their laughter after recovery is the best sound you will ever hear.”

Concern’s new fundraising appeal – which is detailed on their website www.concern.net – is the latest in its 52-year history when people from Longford and the rest of the country helped its aid workers save millions of lives.

The people Concern are helping include single parent Margret Wanjiru (33), who lives with her 10-month-old daughter, Charlyne, and a friend, in a small, windowless, one-room shack in Kibera in Nairobi, Kenya – Africa’s biggest slum. It is home to 250,000 people, many of whom live on less than €1 a day.

Before the pandemic, Margaret earned a living by washing clothes, which earned her enough to cover her living needs. But she has since had to beg for money to buy food and is now getting help from Concern.

“I have gone two days without food so that my child can eat,” she said.

“I wait for somebody to call me to work to do the washing, but nobody has called because of the pandemic.

“The situation here is very tough. I would like to leave here if I got the opportunity, but I can’t.”

Concern was formed in Dublin in 1968 as part of a major humanitarian response to the Biafran famine in Nigeria.

Last year, its 3,500 aid workers helped 28.6 million people in 24 of the world’s poorest countries, which include Somalia, Haiti and Syria.

Anyone who would like to support’s Concern’s appeal or to learn more about its work can visit www.concern.net.