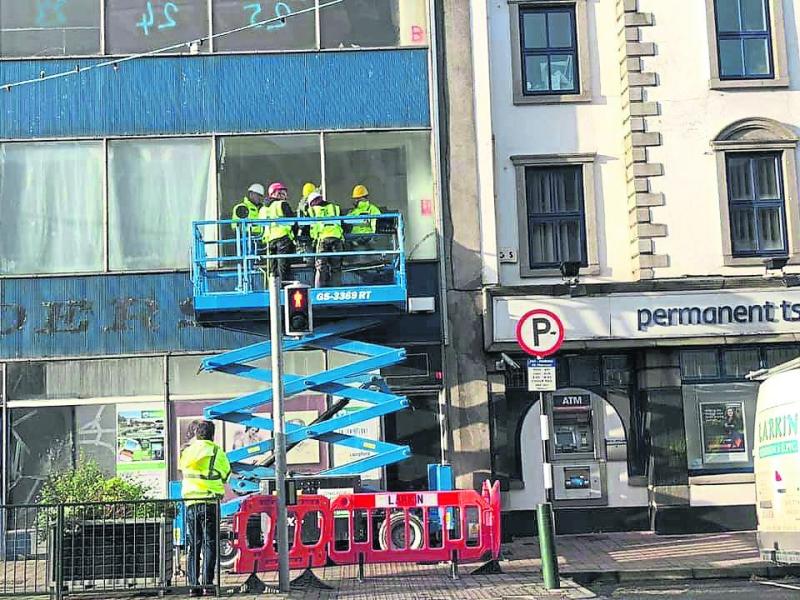 Longford’s regeneration drive was given a timely shot in the arm this week as work got underway on the county’s town’s former Providers building.

Construction crews moved in last week to begin replacing a number of windows, more than three years after Longford County Council acquired it.

The three storey building, as revealed in last week’s Leader, is expected to form part of a major €13m state backed funding announcement over the coming days under Longford’s Camlin Quarter Master Plan.

“We have looked at so many different options and the windows were condemned some 18 months ago.”

One of the key targets council bosses have set their sights on is to turn the building into an innovation hub in an effort to kick-start the local economy.

It’s understood a lot of the focus in readying the building for those plans has centred on ensuring it meets full fire certification standards needed for office based requirements.

Cllr Butler said while moves to improve the building’s aesthetical look were much needed, much of the attention would now switch to ensuring appropriate funding is put in place to turn the council’s prospective innovation hub plans to fruition.

“It’s very welcome and it’s (building) part of the Camlin Quarter,” he said.

“We have the (Council) budget meeting next Monday and hopefully we will see huge grants coming into Longford for regeneration.”