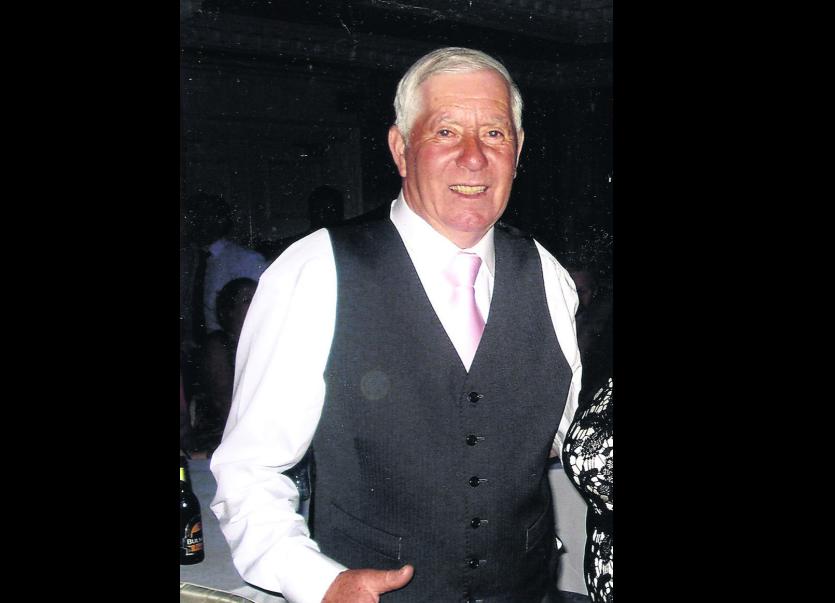 When someone who was a real part of the landscape and community is no longer there, a gaping absence is left.

Such was the widespread feeling after the sad death in June of Johnny Quinn after just over a year long illness, borne with practicality and optimism.

Johnny was born and brought up and lived all his life in Greagh, Drumlish where he had a happy and fulfilled life. Never phased by hard work, he loved the land and his animals and worked long hours with visible pleasure.

As Fr Hogan, PP Drumlish, said during his funeral mass,” Johnny was of the land and was close to nature”. And he left his positive mark on the land and landscape by developing and improving his farm, adding modern facilities and machinery that are now a mainstay of today’s farming environment. Johnny was very much in the category of progressive farmer.

In parallel, he also held down a full time job with Longford Co Co for close on forty years where he was also a foreman for ten years or so before retiring.

Needless to say after his day’s work with the council there was no time to put his feet up and watch TV; there was another day’s work ahead before retiring for the night, but Johnny would always say the help he got from his wife, Brigid, and son, Darren, was invaluable.

When he finally retired from the council giving up farming never entered his mind; he was in his element doing what came naturally to him and had the fitness and good health to continue long into the future. Unfortunately a health concern was to intrude which sadly turned out to be his final illness.

With the announcement of Johnny’s death, memories flooded back like they were yesterday’s. One such was a beautiful October day forty three years ago when he and Brigid Brady, a local lass, became husband and wife in Drumlish Church. As Johnny’s cousin I had the privilege to be his best man and that day, which now seems so recent, is etched in my memory and to quote American novelist, Thomas Woulfe, “We were young and would never grow old”.

Johnny and Brigid went on to bring up two daughters, Grace and Louise, and their son Darren, in his beloved Greagh. All three are very successful in their lives and careers and Johnny was justifiably proud of them and would often say so, though never boastfully.

Johnny did nothing but good during his life. He was popular and well liked and was the best of company, and he always knew his own mind. Fr Hogan again, “he lived an untarnished life and was a virtuous man”. Fr Willie Courtney Drumlish, a family friend, concelebrated his funeral mass in Drumlish church.