Fifty years not out as Granard Mart celebrates Golden Anniversary 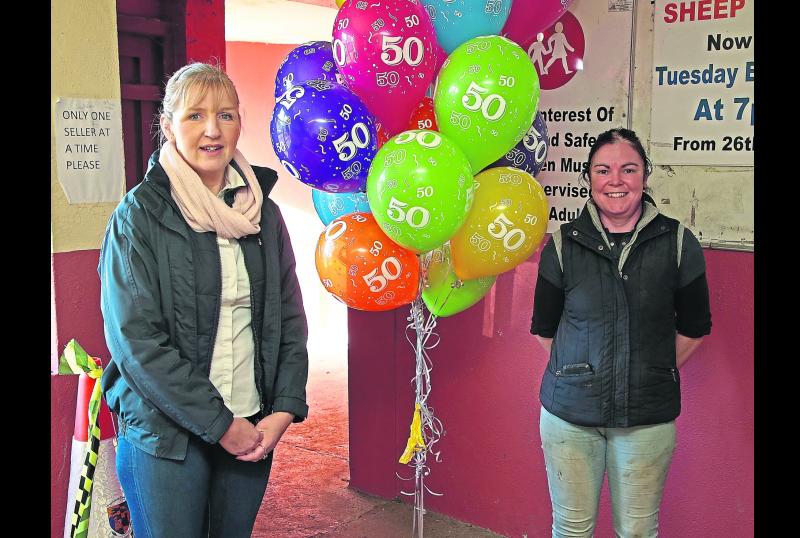 Financial collapses, recessions, beef crises, Ireland’s foot and mouth fallout and now the onset of a deepening coronavirus pandemic, Granard Mart has seen and conquered everything which has come its way over the past five decades.

The long established operator celebrates its golden anniversary next month in a feat which flies in the face of what is arguably the biggest challenge facing Ireland’s agricultural industry in recent memory.

Two of those who played a key role in not only its inauguration but continued success relived many of those deep-seated and treasured memories this week in the lead up to its 50th birthday celebrations.

Dan Smyth, in his role as incumbent Mart secretary, was the organisation’s youngest shareholder following its emergence in 1970 alongside fellow protagonists John Brennan and the late Seamus Carrigy.

At the behest of local men Paddy O’Hara, Tommy Quinn and the then brains behind the town’s Grenada dancehall Thomas Kiernan, a deal was struck with local publican John V Donohoe for a site just off the main N55 at Rathcronan.

“My father was one of them,” interjected Pat O’Hara in reference to his late father, Paddy’s own involvement in the Mart’s initiation.

“I remember walking cattle from Toneywarden out to Abbeylara and those men (original founders) saw that it just couldn’t continue.”

At the time, the main port of call for Longford’s farming community to buy and sell their livestock was that of Edgeworthstown until it’s closure left Granard as the main agricultural vendor in the county.

“There were two marts in Longford at the time,” said Pat, as he described how livestock were touted from week to week and year to year.

Two marts were held on a weekly basis with weanlings and suckler cows being traded on Monday evenings in addition to the cattle, bullocks and heifers that exchanged hands on Wednesday nights.

It’s longevity may have a number of contributory factors, but for the likes of Dan and Pat, its overriding success had its origins in one simple yet tried and trusted method of approach-perseverance.

“It has survived all this time because all 43 shareholders worked hard to get cattle to it and made sure word got about,” said Pat, in revealing how farmers from across the Irish Sea would often be seen frequenting the mart’s inner sanctum.

“I can remember when the Mart wasn’t there. When we were young, there used to be a hill at Creamer’s Garage which, when there was frost, we used to slide down.”

He also told of how contributions of £250 were obtained from each of the Mart’s original 43 shareholders in order to construct what is still its present day headquarters.

Pat’s sentiments become more sobering when thoughts turn to the challenges it faces some five decades on.
“Now, with the way things are it is all geared to the factories,” said Pat.

For Dan, who operates his 200 strong dry stock herd from Toberphaelim House between Granard and Abbeylara, the imprint Granard Mart has and continues to leave on the local economic landscape remains unquantifiable.

“It (Mart) provides a great service to the town. You’d have people coming from right across the county on a Wednesday and that definitely helps the shops and local businesses to keep going,” he added.

The 80-year-old amiable farmer likewise took time to single out the parts played by similarly long established firms such as Pat the Baker and Kiernan Milling in helping to underpin Granard’s fiscal well-being over the past half century and more.

“You’d hope that it does,” said Pat, when pressed about whether the Mart was capable of steering a safe passage through another 50 years.

Dan agreed, alluding to how the Mart’s existence had become “an institution” in a town which has perennially been renowned for its market notoriety.

“If you look at Edgeworthstown, they had their own mart and if ours wasn’t here I honestly don’t know where we would be. We need to keep and hold onto what we have in Granard.”

One of four current directors behind the Mart, Pat said the importance of its upkeep cannot be understated.

“The way things are going, it needs to keep going for the town and all of the farmers support. I know one farmer from Edgeworthstown told me how he ‘hoped to God’ the Mart continues in Granard because of how they felt it when they lost the one in Edgeworthstown.

“Towns die if you don’t keep businesses and marts like the one in Granard going.”

Here’s hoping those sentiments ring true for sometime to come as Granard Mart and those behind its enduring success raise a glass this week to a golden 50 years in operation.