Arva bakery cooks up a storm at Great Taste Awards 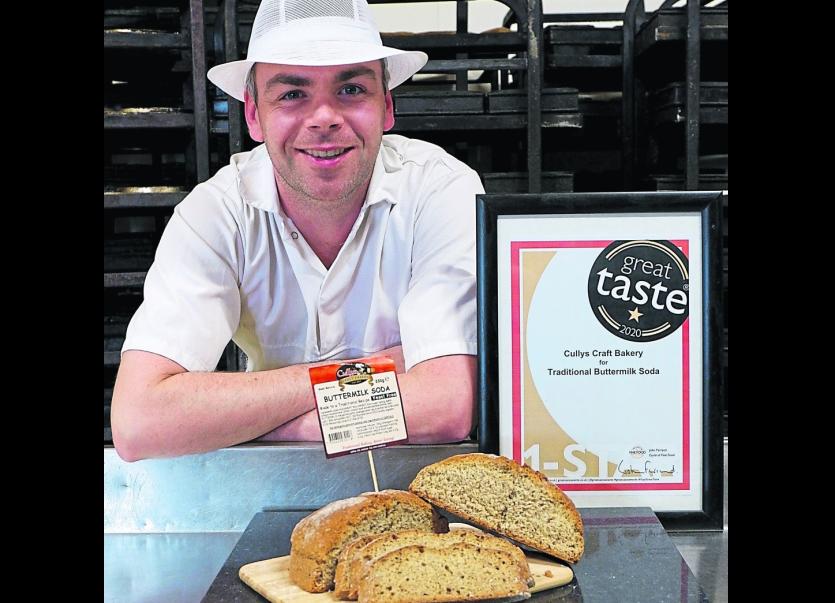 Arva based firm Cully's Craft Bakery are celebrating this week after it secured a top honour at the world renowned 2020 Great Taste Awards.

Out of 12,777 products sent in from 106 different countries, the long established family run business was awarded a 1 Star Great Taste award for their traditional buttermilk soda bread.

Judged by 144 of the most discerning palates, belonging to food critics, chefs, cooks, restaurateurs, buyers, retailers and producers, as well as food writers and journalists, Great Taste is the most coveted of all food and drink awards.

Following his father Barney, Brían Cully, the third generation of the Cully family to step into the Managing Director role in Cullys Craft Bakery, explained: ‘This is the first year we have entered into the Great Taste awards and to be honest, we were only looking for some feedback; given the vast amount of entries from all over the world, we never dreamed our Buttermilk Soda would be recognised on this International platform.

“It’s given us a great boost and reinforces our belief here in the bakery – traditional baking, better tasting.”

Recognised as a stamp of excellence among consumers and retailers alike, Great Taste values taste above all else, with no regard for branding and packaging.

Whether it is cake, coffee, kippers or kombucha being judged, all products are removed from their wrapper, jar, box or bottle before being tasted.

The judges then savour, confer and re-taste to decide which products are worthy of a 1, 2 or 3-star award.