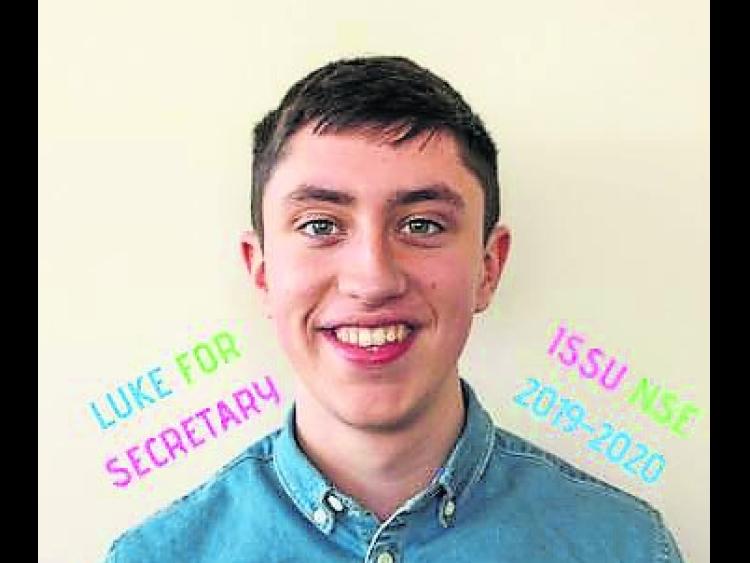 The errors which were found in the Leaving Cert calculated grading system were, without a doubt “extremely disappointing”, according to Longford student, Luke Casserly, who is Vice President of the Irish Secondary Students’ Union.

But he welcomed the swift action taken by the Department and the Minister to rectify the situation.

“The initial announcement that errors were found and 6,000+ students were affected did very little to ease student stress and anxiety, and it brought about a lot of worry and uncertainty,” he said.

“At this point, all students have been notified by the Department whether they’ve been affected by the errors or not, and new grades have been issued to those who were. This much is positive, however, what comes next is extremely important.

“The ISSU believes that each student who has been upgraded, and missed out on their CAO offer because of these errors, should be offered a place in that course for this academic year - it is the only fair solution to this problem.

“We can argue about whose fault the errors are, but it certainly isn’t the fault of students - it’s vital that we are treated fairly and compassionately throughout this process.”

These developments have also brought about a number of other key questions and concerns, he added.

“Urgent clarity and communication are needed surrounding the issues of financial assistance and accommodation many students may now find themselves in.

“For example, there are students who are SUSI grant holders who will have registered and processed fees for a course who may now receive a place in another course, potentially in an entirely different institution, wondering whether they’ll be in a position to change their course of study this year.

“There are also a number of students who will have paid a deposit, and potentially a first installment, for student accommodation in one area who may now receive an offer for a college in a different city - these students deserve a full refund.

“The Leaving Cert Class of 2020 had a year like no other and that’s no fault of our own. These errors are just another mountain many of us have had to climb this year - what matters now is that we are given a chance to move on with our education, take a place in the course we deserve, and be treated with decency,” he concluded.