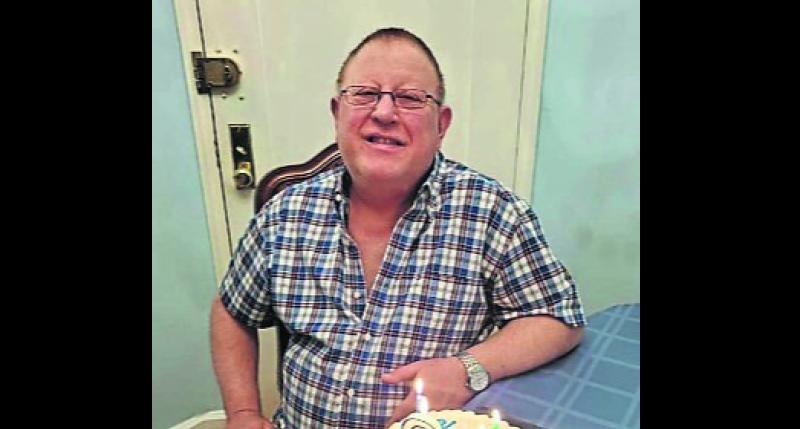 There are times that the news of a sudden death shocks us and our community to the core. It is seldom if ever that our community is joined in shock and sadness by the city of New York.

This was the case when the news broke on Tuesday, September 22 of the sudden death in Woodside, New York of David Ross.

David aged just 64 was a remarkable person and as a Lanesboro man living in New York said to me when we chatted about David “everybody loved David.”

Before his departure to the US David lived and worked in Dublin and travelled home to his family every weekend. During his time in Dublin and those bus trips home he never let an opportunity of getting to know people along with assisting go to waste.

He them decided that the US and New York was the place for him to explore and from the very first day he involved himself with Longford County Association and played a hugely active part with the Association. He welcomed, assisted, and dined hundreds if not thousands that made their way to New York.

David was the go-to man in helping and aiding everyone whether as visitors or trying to find their feet upon arrival. David affected generations in a most positive way.

He greeted you with his customary genuinely warmest of smiles that made you feel so secure in a strange land.

He had a heart of gold and there was nothing that he could not nor would not do to help you, he was generous to a fault in every aspect.

David was greatly admired. He had the kindest of hearts and he was one of the most genuine people you could meet. You always felt great in his company, he was a walking encyclopaedia of information and upon departure from him you always felt you were the most knowledgeable.

David in recent years had bought a house in Cnoc na Gaoithe where he holidayed each year.

He had just completed home improvements in preparation for his retirement where he intended to spend six months at home with friends and family and six months in New York. David was predeceased by his father Barney and brother Gerard.

His passing leaves a huge emptiness in everyone that knew him even fleetingly. He will be forever remembered both in our community, our county and New York. Farewell to a very special friend.

A celebration of David’s life was held at the Papavero Funeral Home in New York before the repatriation of his remains to Lanesboro and his native sod for his Funeral Mass and burial in Clonbonny on Sunday last.

While Covid-19 restrictions put paid to David receiving the huge send off he deserved his memory will always warm the cockles of our hearts forever and a day. We extend our deepest sympathy to his mother, Nancy, brothers Brian and Paul, sister, Lil, relatives and so many friends.