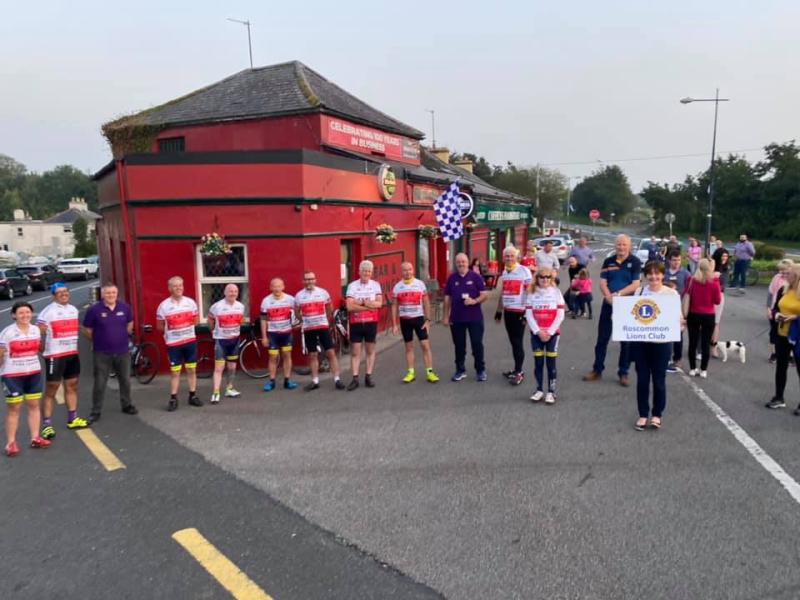 In excess of €7,000 has been raised as part of a major fundraising drive aimed at providing outdoor recreational pursuits for wheelchair users in a bid to to offer alternative employment to dozens of ex Bord na Mona workers.

The drive, spearheaded by members of the Lecarrow Lazers Cycling Club, was engineered with a view towards raising money for local charities the Darragh Kenny Memorial Fund and Ballyleague Lough Ree Access For All Boat.

The former was set up in memory of Lecarrow man, Darragh Kenny, who was just 28 when he passed away suddenly in 2013 from cardiac arrest.

Its joint benficiary, Ballyleague Lough Ree Access For All Boat, has been set up with a view to offsetting the fallout from the expected job losses at Bord na Mona.

The first test trials on the new cruiser, which was engineered in Estonia, took place last month with work well underway to esure the project is sustainable in the long term.

Having already managed to procure 75 per cent of the project’s overall funding via the EU’s LEADER programme and through Department of Sport capital grants, the group have also conjured up €16,000 locally by way of local fundraising.

It’s now hoped the body will be given the go-ahead from the Department of Community and Rural Affairs for a Community Services Programme Scheme (CSP) to be rolled out with a view to reskilling a handful of former Bord na Mona workers.

“We have applied to try and get a scheme up and running where we can employ a manager and up to five workers on a full time basis. It’s hoped that through that at least two of those will be ex Bord na Mona workers,” said Lough Ree Hub’s Development Officer Ciaran Mullooly.

“At the minute, the boat is parked up in the marina and while we would love to have it out full time, at the moment we can’t as we just haven’t the resources in place,” he added, noting however that the group remained “hopeful” their application to government bosses would be successful.