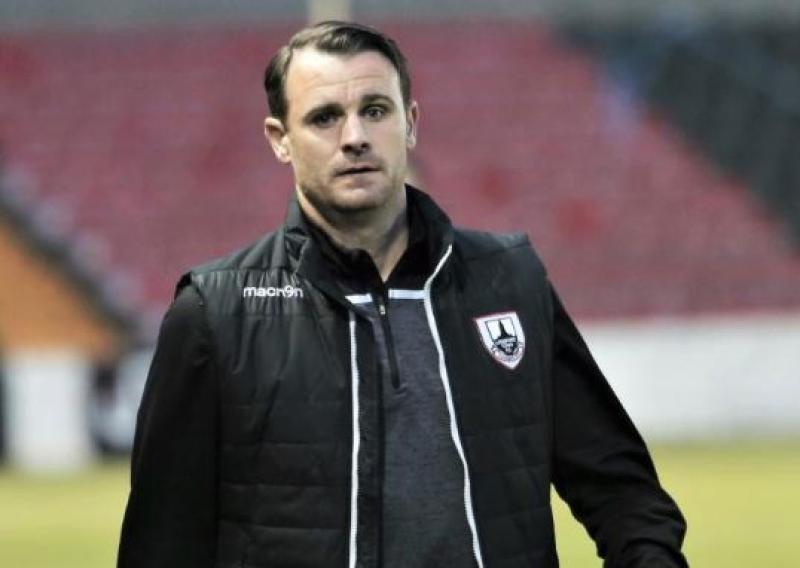 It was a dismal night for Longford Town at the seaside as they were beaten by leaders Bray Wanderers and dropped to fifth in the table.

From the start Town struggled in the game and Bray were the better side throughout. They created several chances during the first half and were unlucky not to be in front at the break.

The home side started the game brightly and came close to opening the score on 10 minutes when Ryan Graydon’s shot came off the crossbar.

Town defender Joe Gorman then came to his side’s rescue two minutes on 18 minutes when he headed Aaron Barry’s header off the line.

It was all the home side as Town struggled to get into the game. On 24 minutes Luka Lovic brought a save out of Lee Steacy. Town’s first chance didn’t come until near the half hour mark when substitute Matthew O’Brien tested Bray keeper Brian Maher.

Down the other end Dylan Barrett’s shot went over the bar on 36 minutes. Just before the interval Callum Thompson blasted the ball over the Town crossbar. Town should’ve been warned in that first half because just one minute into the second half and Bray deservedly took the lead.

Luka Lovic played the ball into the path of Sean McEvoy who shot low past Lee Steacy. On 63minutes Bray doubled their advantage with McEvoy scoring his second of the night; Ryan Graydon with the pass to McEvoy and he made no mistake.

Things got worse for the visitors on 69 minutes when former Town player Gary Shaw made it 3-0 getting his head onto the end of Dylan Barrett’s corner. It was poor defending from Town.

Town had a couple of corners but nothing came from them as the Bray keeper Brian Maher was not tested by any decent effort in what was a poor performance from the Town.