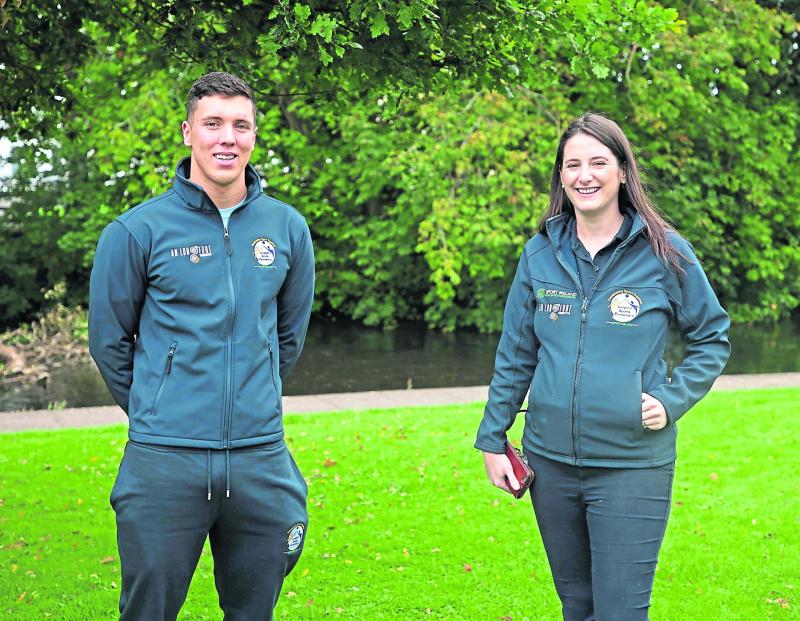 Cathaoirleach of Longford County Council, Paul Ross said “As a council, we are very proud of Darragh’s achievements and are delighted to recognise and support his efforts and progress as he makes his way to the Olympics.”

Darragh Greene is an Irish swimmer. He is the first Irish man to go under 60 seconds in the 100m breaststroke. He holds the National Record holder in the 50m, 100m& 200m breaststroke.

He finished tenth in the men’s 100 metre breaststroke at the 2019 World Aquatics Championships and was the first Irish swimmer to secure Olympic qualification time for Tokyo 2020 Olympics.

“I would like to thank Longford County Council for this sponsorship. This year has been particularly difficult, and this makes a real difference,” said Darragh.

“I could never have imagined that something like COVID-19 was going to happen and have such a major effect on everything. But I will still perform to the highest level I can, once I can get back competing.”

Paddy Mahon, Chief Executive, explained “In March, Darragh was in Dublin Airport poised to fly out to a meet in Scotland, when the Taoiseach delivered his address and everything changed.

“At the time there was still hope that the Olympics may go ahead and Darragh would get his chance to compete in the 2020 Olympics. Unfortunately, this has had to be postponed until next year, but we have no doubt that Darragh will do himself and our county very proud.”

This sponsorship was originally proposed by then Cllr Micheál Carrigy and adopted by the entire council.

According to Cllr Ross “We at Longford County Council are really looking forward to seeing what this young man can do in the future and we look forward to supporting him and his efforts all the way.”