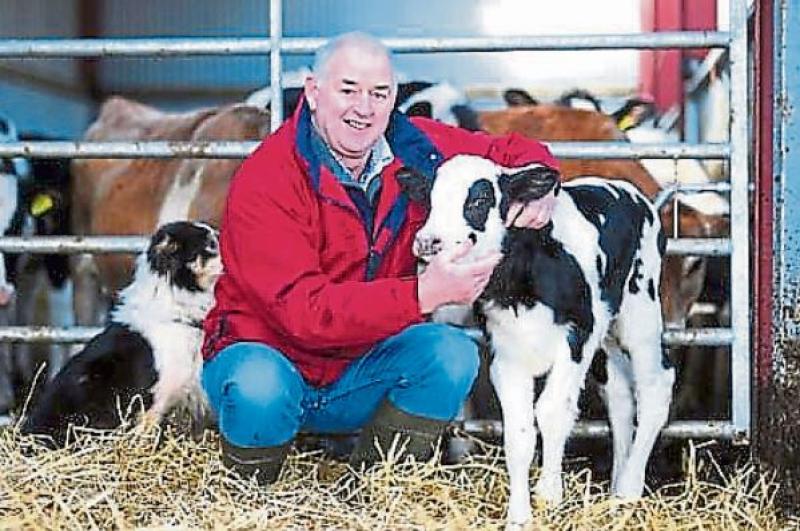 Mike Magan on his farm in Killashee

Speaking with Damien O’Reilly, presenter of CountryWide on RTÉ Radio 1, Killashee man Mike revealed he is not a campaigner and that he was prompted to organise the appeal after watching a television news report on the famine in Yemen.

“It hit me very hard as I watched a father feed his ill daughter sugar and water to keep her alive.

“I asked myself, can we do something? And I came up with the crazy idea of getting ‘milk from one cow for a day’ from each of the 16 or 17,000 dairy farmers in Ireland.

“That is approximately 30 litres of milk per farmer or 500,000 litres in total. This would help produce 70 tonnes of whole milk powder which is the first food of choice at a time of famine.”

Tipperary TD Jackie Cahill took to social media to endorse Mike’s campaign and he encouraged every dairy farmer to donate to this effort to help the Yemeni people at a time when they need it most.

Deputy Cahill added, “If over 500,000L of milk could be made available to the famine relief efforts, Irish farmers would be standing in solidarity with the people of Yemen when they need it most, providing a powdered product full of nutrition.

“This could save many lives. Parents such as the one that Mike spoke about feeding their children water and sugar need access to such supplies, and this is our chance as a farming community to make a difference to peoples’ lives.”

Mike outlined that ‘a bit of momentum’ has gathered behind his ‘milk from one cow for a day’ campaign and that the co-ops are getting behind it.

“It is a farmer-led campaign on Twitter (@MikeMagan1) and Facebook, and with so much negativity out there, it is no harm to harness social media for some good.”

Yemen has been devastated by a civil war, which began in 2014 and with over 24 million in need of aid, it is the world's single largest humanitarian crisis.

Years of conflict, drought and instability have left thousands of Yemenis struggling to get food, water and medicine. The continued airstrikes and fighting on the ground are putting many innocent lives in peril and with an already weakened health system, Covid-19 is just another layer of suffering.

Mike urged non-farmers, who wished to lend support, to log onto the Irish Red Cross website www.redcross.ie and to donate to the Yemen Appeal.

Expressing the hope that farmers would get behind the appeal, Mike commented, “Farmers are caring and accustomed to getting up in the middle of the night to save a calf, so why not help a child in Yemen.”