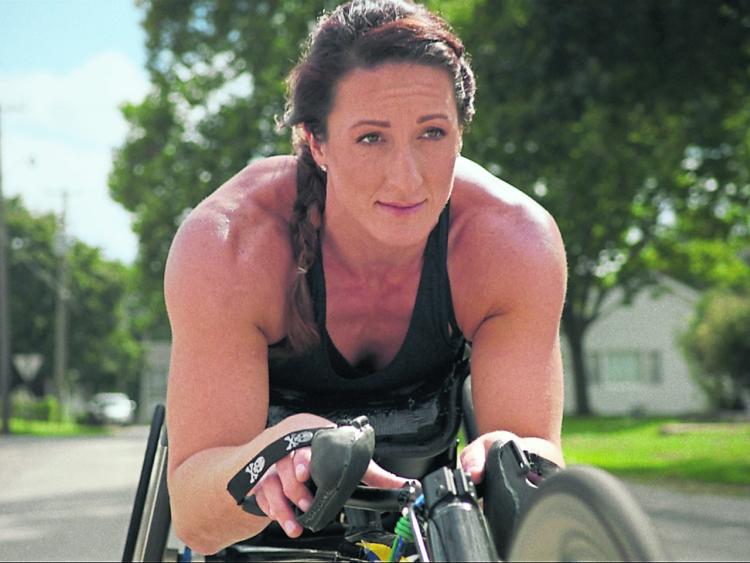 Paralympians are just as dynamic in the field as able-bodied athletes, fuelled by an awe-inspiring energy. It’s a sentiment which the makers of a new Netflix documentary, Rising Phoenix, hoped to channel.

Co-director Ian Bonhote says: “The first thing we discussed was why don’t we tackle it as a superhero movie. We wanted to make something that really would surprise people.

“We thought this film needs to be really kick-ass, it won’t be about a pity club – ‘Oh it must have been really difficult starting from not having a leg or being disabled etc etc’ – straight away we were like ‘let’s make something that really gets people to stand up’.

“We will always have the emotion in the story of each of the athletes and the movement, but we wanted to elevate it and almost get an audience that would never normally come to it.

“And that is where we took the visual angle and the storytelling of the superheroes and we completely weaved it into the film.”

This wasn’t something they planned to mention to the athletes featured in the film, his co-director Peter Ettedgui says, it would just inform the style of movie making.

But then something happened to change that when they were talking to French sprinter Jean-Baptiste Alaize, who had his right leg amputated after being attacked during an armed conflict in Burundi in 1994 when he was three.

Ettedgui recalls: “We asked Jean-Baptiste ‘What does it feel like to be a Paralympian and come to the Paralympics?’

“And he said the lines that open the film, that it’s a bit like being a Marvel Avenger – we are a team and we have all overcome some great thing, discrimination, being misfits, we have got something wrong with us that we have had to deal with, make part of our lives, and then we come here and we work together, in a sense, to save humanity.”

Of all the remarkable stories of all the Paralympic athletes, the duo, who previously made a film about the fashion designer Alexander McQueen together, had to decide who to focus on.

Ettedgui says: “There is a whole world of story to tell there. It’s a story that is often about some kind of trauma or tragedy that you’ve been afflicted with, or some anomaly that has made you different to everyone else on the planet, you’ve had to deal with discrimination, with feeling like a misfit, you’ve had to go through all of that, and then at some point you found your sport or your gift.”

Bonhote nods. “Those tragedies that many of them have lived, or the family have lived through, is what you start off with.

“These tragedies were so deeply ingrained into their sporting achievement because being cut off into pieces by militia in Burundi and surviving at three years old and being left for dead and then competing in the Paralympics in front of 50,000 people in the UK, that journey is beyond anything any filmmaker could think about.

“We could have made ten, maybe 20 different movies with a different cast,

Ettedgui adds: “We could have made 10, maybe 20 different movies with a different cast, without any doubt whatsoever.

“We had to slightly fall in love with the athletes and want to hear their stories and know they would really make people feel something very powerful.

It would be hard to make a film about the Paralympics without featuring, in some way, the South African sprinter Oscar Pistorius, known as the Blade Runner.

He was a worldwide sensation in 2012 when he became the first double leg amputee runner to compete at the Olympics, but the following year he fatally shot his girlfriend Reeva Steenkamp in their home, claiming he had mistaken her for an intruder.

Pistorius was found not guilty of murder, but guilty of culpable homicide.

Ettedgui says: “There is a sense of darkness and tragedy and violence hanging over this figure, who has been iconic for so long.

“It’s a really tricky one because that question was on our minds right at the beginning.

“In a sense Jonnie’s race gave us the ideal way of treating him (Peacock beat him in the T44 100m at London 2012, making Paralympic history).

“I remember saying we really need to tie up the Pistorius story and Ian saying ‘We don’t need to tie it up because Jonnie Peacock, who is one of our stars, has just beaten him. He’s gone, end of story.’ And he was absolutely right.”

The pair are clear London 2012 was a landmark for the Paralympic movement, but what happened in Rio four years later – poor ticket sales, empty stadiums and no advertising until midway through the Games when word of mouth brought a surge in numbers – shows there is no room for complacency.

Ettedgui said: “London absolutely nailed it, but it’s insecure. The Paralympic movement is all about fighting and fighting for what you believe in and what is right and what is good, not just for athletes with disabilities but for how disability in all its multifarious forms is perceived.

“It’s good for people who don’t have a disability, because it make us more compassionate, more understanding.”

Bonhote adds: “And it’s not a pity thing. It’s about making sure society works for everyone. Anyone with an impairment is not asking for a handout, just asking for a tiny bit of consideration.”

Rising Phoenix is on Netflix.