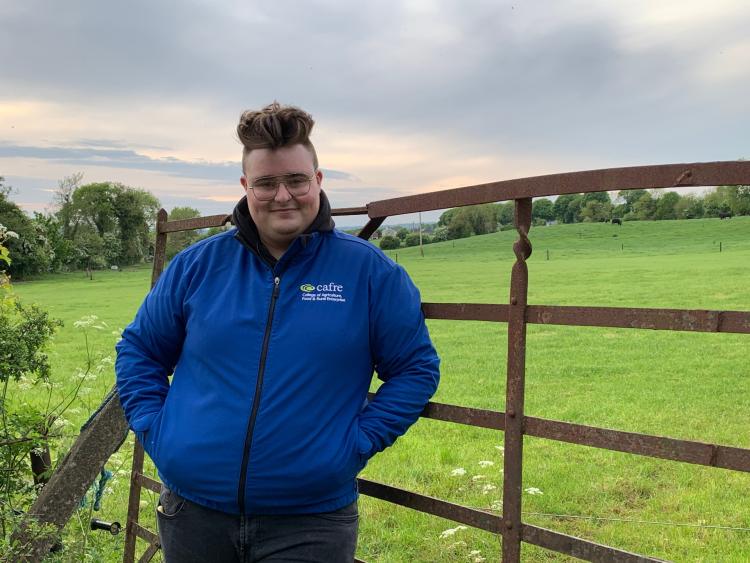 Award winning and well known Longford milliner Luke Norton will be on our television screens this week.

21-year-old Luke, who is studying Equine Management at the Enniskillen campus of CAFRE (College of Agriculture, Food and Rural Enterprise), will be appearing in ‘Countryside College’, a new three part observational documentary series starting on Wednesday, August 26 at 10.45pm on BBC One Northern Ireland.

The series follows the ups and downs of the 2019/20 Academic year for a diverse group of students from CAFRE, in both their college and personal lives.

Luke said he is ‘super grateful for the opportunity’ to feature in the series. He added, “Since September of last year I was lucky enough to be involved with Waddell Media to be part of a new three part series that will be airing on BBC NI.”

He thanked producer Veronica Cunningham for making the ‘Countryside College’ series happen and Meghan McArdle for guiding him through the filming and making every day enjoyable.

Luke, who was named Milliner of the Year at the New Yorker Hi Magazine 2017 Style Awards, continued, “Thanks also to Matt Gould who captured the series on camera. And last but certainly not least, Mam and Dad for the encouragement throughout the year, not just with filming but with everything considering how this year worked out. They may or may not also make an appearance in the upcoming series.”

From Coolarty, Edgeworthstown, Luke previously featured on TV3’s Ireland AM programme in January 2018 when he was interviewed by presenter Ciara Doherty about his millinery business.

While a student at Cnoc Mhuire, Granard, he established Luke Norton Millinery in April 2017, and it was during his involvement with the Junk Kouture competition that he discovered his passion for millinery.

Prior to being honoured as Milliner of the Year at the New Yorker Hi Magazine Style Awards Luke designed a number of headpieces that were worn during the Punchestown Festival and his beautiful work was also showcased to a worldwide audience by the Ottawa Rose, Vanessa Foran during the Rose of Tralee International Festival.