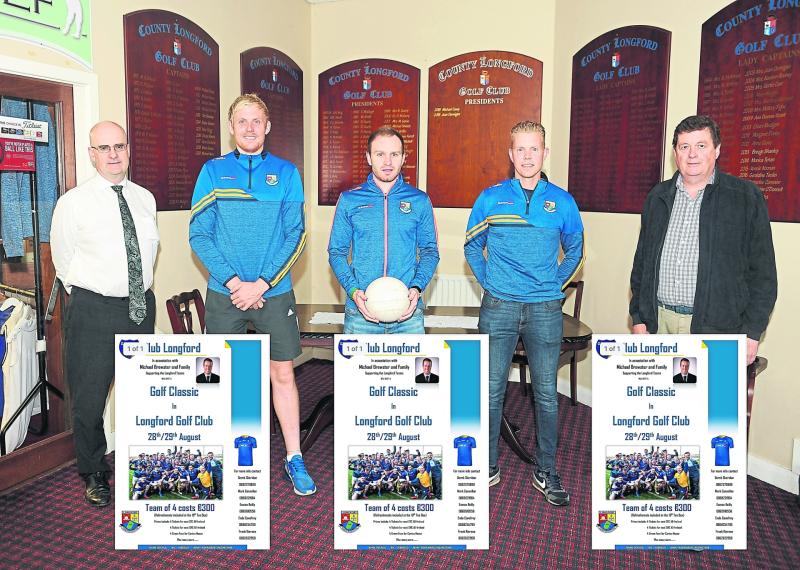 All eyes will be on Longford Golf Club this weekend as the county’s GAA supporters club prepare to host a major fundraising drive in the wake of the enforced cancellation of this year’s annual Punchestown race day celebration.

The two day event is scheduled for this Friday (August 28) and Saturday (August 29) in what will be Longford GAA’s sole fundraising event this year.

Club Longford, in its guise as the county’s official GAA supporters’ club, are the main drivers behind an event which has garnered huge interest from followers of the local GAA scene both inside and county.

And, according to Martin Skelly, a member the event’s organising committee, interest in the fundraiser could not have been more forthcoming.

“There are a few slots and tee times still available but the whole thing has been so well supported,” said the former Leinster Council Chairman.

“The fact it has taken two days to run it is very much indicative of the level of support that is out there for Longford GAA.”
Mr Skelly said a large slice of that backing had come courtesy of the endeavours from long established Longford GAA patrons from both north Longford and Dublin.

“We have got great support from Longford Race Day committee in Dublin and from Dromard’s Frank Kiernan of Knightsbridge.
“He has led the Dublin brigade and is bringing almost 30 teams to come and play over the two days.”

The Newtowncashel clubman equally singled out the part played by the weekend’s main sponsor, Michael Brewster, saying the occasion was one which would not have been possible but for the US based financier’s input.

Those some emotive words were reserved for another north Longford businessman and construction magnate who Mr Skelly said had been instrumental in supporting the two day drive.

“Joe O’Reilly of Castlethorn Construction is sponsoring the green fees and that Dromard influence has been absolutely huge,” said Mr Skelly.

In reference to the now infamous Station House Hotel Oireachtas Golf Society event, Mr Skelly stressed the fundraiser would be held in strict adherence to current Department of Health and Safety regulations.

Those interested in signing up to the Golf Classic are asked to contact a member of the organising committee: Albert Cooney, Mark Connellan, Derek Sheridan, Michael Mulleady, Eamon Reilly, Gary Toher or Martin Skelly.